V.com weekend vote: When do you consider yourself 'finished' enough with a piece to move on?

August 3, 2018, 6:53 PM · When asked why he continued to play Bach cello suites on a daily basis when he was well into his 90s, the great cellist Pablo Casals famously responded, "Because I think I’m making progress.”

Good heavens, if one of the most accomplished cellists of the 20th century still still needed to "make progress" after practicing Bach for the better part of a century, what about the rest of us? Can we ever say we are "finished" with a piece? 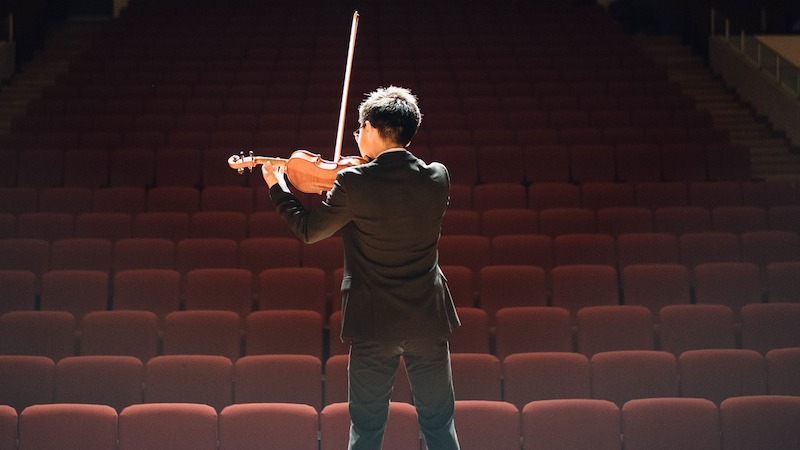 Perhaps not, yet if we want a full repertoire and full experience as musicians, we must at least "move on" and learn other pieces, even if we might well come back to perfecting certain pieces that we've already learned in the future.

The question for this week is: at what point do you "move on," after you have been studying a piece? Do you feel you must perform it, in order to be ready to move on? To memorize it? Do you rely on your teacher to make that call? Do you move on when you lose interest in a piece? Perhaps you have a fairly standard amount of time, after which you move on?

Please answer this week's poll, then share your thoughts about when to "move on" in the comments below.

August 4, 2018 at 02:00 AM · I am usually in agreement with my teacher as to when to move on. Sometimes it’s been as long as 4 to 5 weeks, but, pretty much when I feel comfortable with the piece and it flows somewhat or it stops being work and more like music!

August 4, 2018 at 03:55 AM · Like Karen, I could move on for all those reasons, but mostly after one or more performances. In fact, after one performance, I would notice all the details need more polish and it's a bit hard for me to move on, but the choice is not always mine. I usually let my teacher make the call.

August 4, 2018 at 04:57 AM · I consider myself "finished with a piece" if I can play it up to speed and with most of the right expressions and articulations. I also consider myself "done with a piece" once I have performed it for a concert, festival, exam, etc, unless I plan to perform it again in the near future.

August 4, 2018 at 03:02 PM · I'm really too new at this to move on with anything. I take what I'm being taught in a current lesson and go over songs I was given a year ago to see if I can improve them. I keep finding new things to explore, so I just plug along with the whole thing. Now, just for fun, last May I went into a pub and played everything I know just to see what happens. I played it all - the good, the bad, and even some of the ugly. If you want to try that, go ahead, but just make certain you know where the nearest exit is located.

August 4, 2018 at 04:42 PM · A difficult one to vote on because nowadays my involvement is in orchestras, very enjoyable but leaving little time for music outside my current orchestral repertoire, which must take priority. So I've voted for "After a certain amount of time", which is fairly open-ended.

August 4, 2018 at 06:41 PM · I add music and drop others based on available time. I tend to move on when I have reached the point where I can play the piece to my current ability and it ceases to serve as a learning tool.

Later I can revisit with more skills.

August 4, 2018 at 09:10 PM · Boredom and getting stale makes me put a piece back in the library. However, I do circle-back because I'm constantly learning and changing and after a period of time I find something different that I bring to the music. I'm unwilling to compare myself to Casals or any other famous musician who also circles back to pieces they played again and again.

My teacher used to tell me: "You cannot master music, it always has something new to teach you." So, even when I start a brand new student on that first page of Doflein vol. 1 and play that first duet, I know that I'm going to learn something new.

August 4, 2018 at 09:36 PM · The answer to this question depends on a lot of things. When I had a teacher I trusted him/her to make that judgement with my overall development in mind. Now I abandon a piece for various reasons: No partner (if I don;t have quartet partners I stop practicing quartet parts), lost interest in the music (often only temporarily), feel unable to make further progress (the answer I voted).

This last is kind of interesting: I put a piece aside for lack of progress. It stays in the sheet music cabinet for months, maybe years. I decide to give it another try and voila: Right off the bat it sounds better than I remember, passages I struggled with seem to be going much better, though certainly not perfectly. With no work put in!

BTW there is a "microscopic" version of this effect. Working on a difficult passage I may make some progress or not. But ofter a fairly short time progress stalls. At this point there is no gain from being persistent; progress is no longer a possibility. I have to give up and take up the passage the following day again where I notice that progress occurred over night that I wouldn't dare expect. And I can then (maybe) take it up one more notch followed by another night of "affinage".

I wonder if this happens to other people as well.

It reminds of the trick our math teacher recommended: If you can't solve a problem go to sleep. In the morning the solution will occur to you.

August 4, 2018 at 09:40 PM · You should never move on,you should always practice that piece. Do not forget it!!! If you can play it so perfectly, that you cannot make any mistake, still practice it! Do not forget any pieces!!

August 4, 2018 at 10:16 PM · I understand the idea of continuing to play and improve upon a piece (as we see in the example above of Casals) but realistically speaking, in the context of having limited time in life, if we are to ever explore anything new, we do have to "move on" from time to time and change our focus to something new. That said, I think that it is wise to work a period of time for "review" into regular practice.

August 4, 2018 at 11:05 PM · I tend to keep practicing a piece until I feel I can play it to the best of my ability. At the moment I'm not dropping any pieces because I'm trying to build up my solo repertoire to being able to play an entire recital, and that takes time in between orchestra commitments; I'm adding a new piece every 6 months or so.

When I wasn't actively trying to build a larger repertoire, I would drop a piece after a few weeks if it was clearly too difficult for me, or after 6-12 months if I was satisfied with it. If I perform something, I usually consider that to be a good end point, though I may bring it back later. (For example: I performed the Bruch Romanze three years after using it in a successful audition; it took about six months to bring to audition level the first time and six weeks to bring it back up to performance standard the second time.)

Since I attempted to learn a bunch of pieces years ago when they were clearly over my head, I frequently have the experience of pulling out a piece I haven't looked at in years and sight-reading it better than I ever played it before.

August 5, 2018 at 06:41 AM · These days nearly 100% of my piece playing is for my string quartet. We move on for various reasons, mostly because there is so much literature and we want to cover as much as we can (for our level). Often it's because we're bored, but we keep coming back to a few pieces because we want to keep them under our fingers, or because we find someone else to play them with. (Some of our pieces were written for chamber orchestra so if we happen to find someone else who wants to play with us, we'll at least practice the piece so that we don't embarrass ourselves.)

August 5, 2018 at 09:11 AM · I always return to older pieces, sometimes because my teacher asked me to do so, sometimes because I want to hear how I play them now. I am still kind of a beginner and so it is always good to go back.