August 14, 2018, 1:47 PM · Good news! The 2010 Mario Miralles cello that was stolen from the San Diego hotel room of LA Opera principal cellist John Walz was returned to its owner on Monday. The instrument, which had been found Friday in its case on a downtown San Diego street corner, was undamaged. 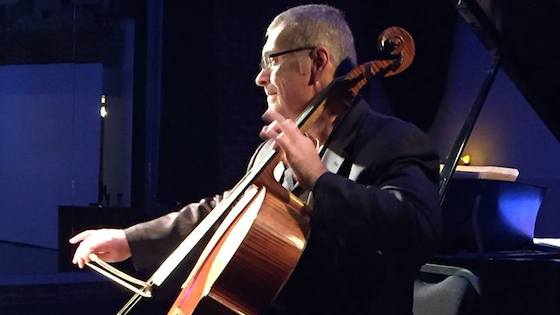 The man who found the cello took it to his mother's home in nearby Chula Vista, according to the San Diego Union-Tribune. After hearing news reports about the cello's theft they began trying to return the cello on Saturday, finally reaching Walz through his Facebook page on Monday.

Walz, who was in San Diego to teach at Bravo! International Music Academy, had discovered his cello missing Wednesday night, writing last Thursday on his Facebook page, "Yesterday I checked into my hotel in San Diego, went out to dinner, and when I came back, my room had been broken into, everything stolen - including my cello." Police reported that someone had forced entrance into the unoccupied room between 8 p.m. and 10 p.m Wednesday.

Walz, a former student of the French cellist Pierre Fournier, is a founder and longtime member of the Pacific Trio and is currently principal cellist with the Los Angeles Opera. He was principal cellist of the Long Beach Symphony for 20 years.

August 14, 2018 at 08:28 PM · I kind of knew this cello would be recovered. What else could someone do with it, given the notoriety of the event. But I did worry about it being damaged, whether by ignorance or intent. It's good news that it's back home.