V.com weekend vote: Have you ever written your own cadenza(s)? 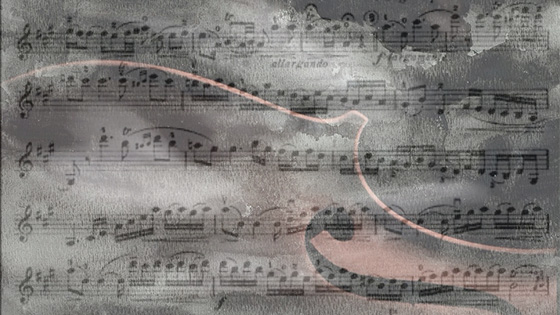 But for a long time, violinists have tended to learn cadenzas that were written by someone else, rather than improvising or writing the cadenzas for themselves. This week I've been in China at the Shanghai Isaac Stern International Violin Competition, and one of the major tasks they set for the contestants was to write a set of their own cadenzas for Mozart Concerto No. 5 in A major, and to perform them in the semi-finals. Over the last two days, I've heard 12 performances of Mozart 5, each with different individual cadenzas! (See videos of those in my blog about it -- click here).

Personally, I've never written a cadenza for a Mozart concerto -- or any other concerto -- despite many years of playing, teaching, studying and re-studying these works. Frankly I don't trust my skills as a composer! But I'm heartened that young violinists are encouraged to do so, because I think that their composing, improvisational and creative skills will grow as a result.

What are your thoughts on cadenzas in concertos? Should they be written by the performer? Should they be improvised on the spot, and is that practical? Or is it better to use a cadenza written by one of the great violinists from the past or present? What are some of your favorite cadenzas, and composers for cadenzas? Please participate in the vote and then share your thoughts in the comments section.

August 24, 2018 at 04:52 PM · Yes, I've put together several -- each running about 5 minutes -- and performed each one many times, albeit in offbeat, informal settings, not formal recital rooms.

I don't know if mine really count, but none of them are tied to one specific concerto. Instead, I've used bits and pieces of concertos, sonatas, etudes, opera arias, as jumping-off points -- and then blended them into one piece. The composers who have so far influenced me most in this are Mozart, Beethoven, Rossini, Mazas, Kreutzer.

August 24, 2018 at 05:26 PM · Not as a violinist (unless a miracle happens!). However, in my youth when I performed the Haydn C major cello concerto I wrote my own cadenza for the first movement, for the simple reason that the "cadenza" in my printed edition was just three or four notes leading to the final trill - so really a suggestion to the performer to provide their own. Mine, as I recollect, was four or five lines of manuscript. I tried to keep it in the style as well as I could.

An important aspect of writing your own cadenza is that you are aware of your technical limitations, and can compose accordingly, perhaps putting in a bit of passage work (say), spectacular but not too difficult, that can work wonders!

August 24, 2018 at 05:54 PM · I composed some cadenzas and "eingänge" for Mozart 5 (which are available online for purchase in case anybody is interested).

August 24, 2018 at 07:38 PM · Using someone else's cadenza is like putting inspirational quotes from Google images on your Facebook page. It's just lame.

I always heavily edit the music I play to give it my own touch (unless it's something like Bach), not to mention write my own cadenzas.

August 24, 2018 at 08:46 PM · Improvisation is a skill that you either have, or you don't. Yes, it can be taught and learned but since most orchestras and audiences don't ask for them...

We also live in the day of preparing for the test where there are fixed answers to every question. Improvising means telling the world what your ideas are. Most juries don't want to hear your ideas, they want to hear what everyone else plays.

The only places where improvisation is acceptable today is in Jazz, rap, and comedy clubs.

August 25, 2018 at 12:32 PM · I've had much more training as a composer than as a violist, so as a matter of principle I don't play other people's cadenzas unless it's clear the composer is insisting on it. (I encountered mandatory cadenzas by the composer several times as a pianist before starting on strings.)

When I learned the Telemann viola concerto, I wrote my own cadenzas, but I've never performed the piece, and I would probably write new cadenzas if I were to prepare it for performance today because my playing ability has improved greatly since then.

The only other cadenza I've written is for an instrument I don't even play -- it was for my own horn concerto. And even though the movement containing the cadenza was performed (in horn/piano reduction at a recital), that cadenza was not played, because it was always intended to be only a default option. I told the horn player she should feel free to write her own cadenza and she did.

I'm in the process of writing a cadenza now, but again it's for a piece I'm composing. At least this one is actually for my instrument.

August 25, 2018 at 03:02 PM · I try to always attempt my own cadenzas and use older versions only if I am not satisfied with my own creation. I believe it should be mandatory for all major competitions. So much much can be learned from the process.

Leonard Elschenbroich had me absolutely spellbound with the cadenza he played for Haydn Op 101. No fireworks. Just sensitive delicate controlled variation on tone and volume and highly effective silences. When I asked him afterwards whose cadenza he'd been playing, he said he improvised it, as one should, making it fit the style, as one should. I was speechless with admiration.

August 25, 2018 at 06:30 PM · I wrote a cadenza for Viotti 23 while in high school and also one for Allegro Brilliant by W. Ten Have. Both (I think) are on this site (will require a free NWC Viewer) https://nwc-scriptorium.org/db/classical/v/viotti23_1.html

August 25, 2018 at 06:33 PM · I wrote a cadenza for Viotti's 23rd Concerto and also for Allegro Brilliant by W Ten Have. Both may be on this website (needs free NWC Viewer): https://nwc-scriptorium.org/db/classical/v/viotti23_1.html

August 25, 2018 at 11:22 PM · A bit of advice I received at school from the head of music who was giving me some extra-curricular lessons in composition was, when writing a cadenza, think about any little motifs used by the orchestra that aren't played by the soloist, and elaborate on them in the cadenza - in addition to the usual elaboration on the main themes, of course.

Short on time, presently, I will come back later to address this most important topic which can't be overlooked! I'll be back later ~ but suffice to say: I've composed at least 4 Cadenza's to #5, and #4, plus the Beethoven Violin Concerto (it came in a flash) & a meshed Cadenza into Doug Lofstrom's "Hawk! for Solo Violin", most probably the finest composer in our City ... *I have been honoured to perform my own Cadenza's for the Beethoven Violin Concerto, Mozart Concerto No. 5 in A Major with the English Chamber Orchestra/Henryk Szeryng first time Conducting and myself as Violin soloist in London's St. John's Smith Square for BBC London Television's Omnibus film on my life as a concert artist, and performed/recorded, Lofstrom's "Hawk! for Solo Violin w/ E. Matesky Cadenza", Live, here in Chicago for our WFMT 98.7 FM Fine Arts Radio Broadcast premiere of Doug Lofstrom's exhilarating Piece ...

For now, I'll just say it seems an intriguing idea for the Stern Shanghai International Violin Competition to have thought of this ~ Bravo to whomever had this idea!

Be back soon with some 'Tips' I've learned & a few from one of my legendary Violin Mentor's ...