December 4, 2019, 4:12 PM · Three musicians who were dis-invited from next year's Grand Teton Music Festival Orchestra have been re-invited to perform in the group, after Music Director Donald Runnicles flew to Jackson Hole from Germany to attend a Board of Directors meeting Tuesday at which the dismissals were discussed. 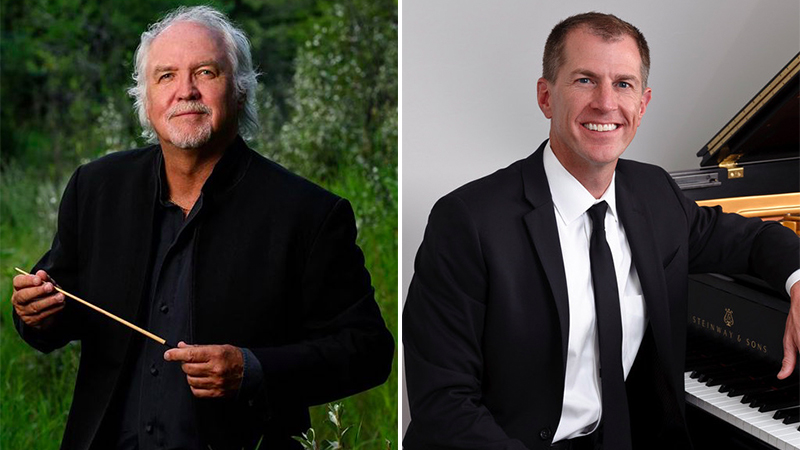 On Nov. 26 Runnicles had sent the Board of Directors a scathing e-mail letter, distancing himself from the actions of CEO and President Andrew Palmer Todd, according to the Jackson Hole News & Guide. (You can read the full letter here.)

The three musicians -- bassoonist Juan de Gomar, violinist Jennifer Ross, and violist Kristen Linfante -- were issued termination letters in November by Grand Teton Music Festival management "on the grounds of 'comportment' and 'disruptive behavior." All three were long-time members of the festival orchestra who were deeply active in orchestra politics; two were members of the Player's Committee and one was a musician representative to the board.

Their sudden dismissal prompted the Musicians of the GTMF to circulate a petition to reinstate the musicians, a petition that has so far drawn more than 1,800 signatures.

In his Nov. 26 letter, Runnicles said that he never supported the dismissal of the three musicians, and that CEO Todd had misled the board by telling them that he did. Runnicles wrote that he had "grave concerns over the future of the GTMF, the misrepresentation of my opinion regarding the three dismissed musicians and the mischaracterization of the position and sentiments of such an overwhelming number of our musicians. Furthermore, most importantly, most personally, I distance myself completely from the mendacious and destructive courses of action of Andrew Todd, President and CEO of the GTMF."

Runnicles went on to say that more than 200 of the musicians of the GTMF orchestra had informed management that they would not participate this year without the reinstatement of their three colleagues.

The letter went on to say that "unless this self-inflicted crisis is solved soon, there will be no orchestra on the stage....on the opening night 2020."

The board also was presented another letter, sent by 15 past Chairs and Directors of the Festival, also asking for the reinstatement of the musicians and also calling for the dismissal of Todd. "The atmosphere is so toxic, mediation and other third-party interventions would be useless," the letter said. "You have more than sufficient grounds for dismissal." (Read the full letter here.)

The board said on Tuesday that Todd would remain CEO and President of the festival.

December 4, 2019 at 11:24 PM · What kind of governance does that festival have? How can the CEO still remain at the helm after all this havoc, his decision-making with regard to the musicians is questionable if not downright wrong. Has he raised that much money or is there something else at stake?

December 5, 2019 at 02:50 PM · Simple: he was hired by the board, and the board decides if he stays or goes. The board (or a key subset of its members) may still believe in his leadership, or they may feel that it is too embarrassing or distracting to make a change right now, and will move him out at a time of their choosing. Or he may go on his own at some point where he can be seen as moving on up rather than being pushed out.

Don’t make the mistake of assuming that your view of the guy is the only one anyone whose opinion does or should matter could possibly have; it almost certainly isn’t, even if you turn out to be right.

December 5, 2019 at 03:48 PM · Mr. Todd just might be really good at raising money. Such folks are often given a great deal of leeway to be wrong about other stuff.

December 5, 2019 at 08:38 PM · He may be good at raising money but this kind of misstep (to use the politest possible word) has a way of alienating donors.

December 7, 2019 at 01:01 AM · A management style that trashy and adversarial should be tossed out on its ear, wherever it's found.

December 7, 2019 at 05:14 PM · The glaring absence, either from the CEO or from the Board, of even a passing acknowledgement that his actions caused the recent upheaval to the organization, is the key element that presages the future. After this display of willful abuse of power from the top (as well as willful misrepresentation of the MD’s wishes), there is every likelihood that the action will be repeated, and next time with more vehemence, If I were one of the musicians, I would think twice before signing on again.