July 24, 2019, 12:22 AM · On Tuesday the Cooper International Violin Competition announced six violinists who will advance to the Recital Finals in the 10th annual competition at Oberlin Conservatory in Ohio. 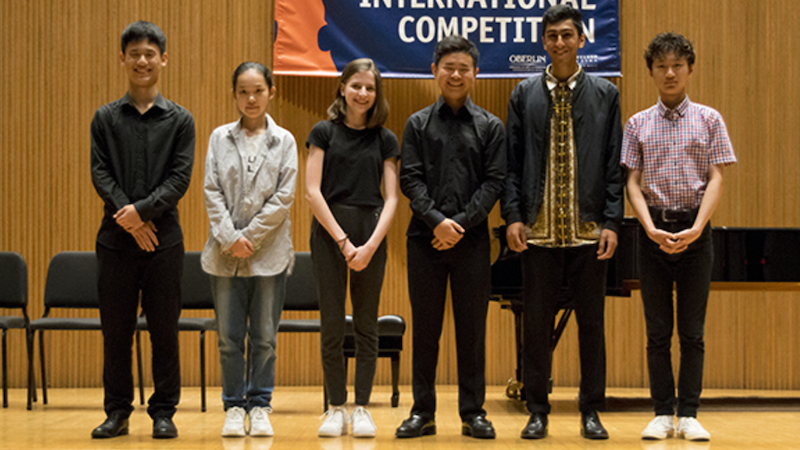 Each violinist will perform a 30-minute program in the Recital Finals, at 7 p.m. ET on Wednesday at Oberlin's Warner Concert Hall. After this round, prizes for fourth, fifth, and sixth place will be announced, and three violinists will advance to the Concerto Finals. Click here to watch the live webcast.

An Honors Recital will take place at 7 p.m. ET on Thursday at Oberlin's Warner Concert Hall, featuring outstanding performances selected from the Semifinal Round. Click here to watch the live webcast.

Concerto Finals with the Cleveland Orchestra, conducted by Bramwell Tovey, will be held at 7:30 p.m. ET at Severance Hall in Cleveland. The Concerto finals will be broadcast live on WCLV 104.9 FM and streamed live online. Laureates will be named at the conclusion of the concerto finals.

Jury members for the 2019 competition include Chairman Gregory Fulkerson, Sibbi Bernhardsson, Radu Blidar, Yi Huang, Marilyn McDonald, Naoko Tanaka, and Almita Vamos. Awards include a first prize of $20,000, second prize of $10,000, and third prize of $5,000. The top three competitors also will be awarded full four-year scholarships to Oberlin Conservatory, pending admission. The fourth, fifth, and sixth prizes of $1,500 each and the Audience Prize of $500 will be presented at the conclusion of the Recital Finals on Wednesday.

July 24, 2019 at 03:06 PM · Breaking News - Bramwell Tovey is ill, so Gemma New will be conducting the concerto round with members of the Cleveland Orchestra.

July 24, 2019 at 03:58 PM · What a wonderful opportunity, for these young musicians to play with the Cleveland Orchestra!