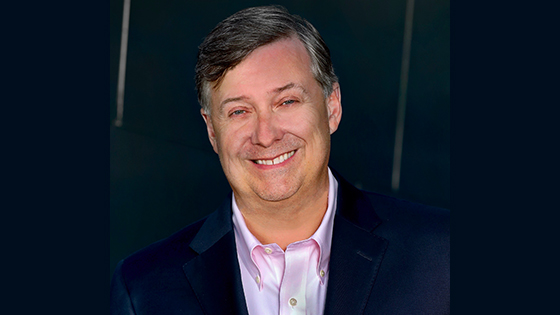 Woods follows Andrew Palmer Todd, who served as President and CEO from 2013 until December 2019, when he resigned amidst a musicians' rebellion over a decision to disinvite three long-time members of the orchestra for the 2020 summer festival. Their dismissal prompted the Musicians of the GTMF to circulate a petition in a public campaign to reinstate the musicians. It also led to disagreement with Music Director Donald Runnicles, who said he had not supported the dismissals.

Woods will support the GTMF in the search for its next long-term administrative leader.

"In securing the services of Simon Woods, the Grand Teton Music Festival is fortunate to be able to benefit from an experienced and enlightened executive, known across our business for his commitment to collaboration, who will provide us with valued leadership through this transitional period," Runnicles said in a statement. "Simon and I have been colleagues for many years both in North America and Europe - we are extremely excited to work together, committed to sustaining and further elevating the GTMF."

Woods said he looked forward to supporting the GTMF in its search. "Every summer, some of the greatest orchestral musicians in the country come together to make music with tremendous joy under Donald Runnicles’ leadership," Woods said. "The greatest reward of my professional life has been working up close with musicians, conductors and guest artists, so to be able to support the people of the Grand Teton Music Festival in the coming months as they bridge into a new era is a special privilege. I thank the GTMF family for their trust in me, and I can’t wait to connect with old friends and make new ones in the spectacular surroundings of Jackson Hole."

Woods most recently served as CEO of the Los Angeles Philharmonic, succeeding Deborah Borda in January 2018 and stepping down just before the 2019-2020 season. He served for seven years as the Seattle Symphony’s President and CEO, six years as the Royal Scottish National Orchestra’s Chief Executive, a year with the New Jersey Symphony, and seven years at The Philadelphia Orchestra.

"Grand Teton Music Festival is an organization that our musicians, patrons, staff, and board care about deeply, and Simon Woods provides
proven executive leadership, which will help guide us through the 2020 season," said GTMF board co-chairs John Costello and Barbara McCelvey in a statement. "Having an Interim Executive Director at Simon's level speaks to the international prominence of our festival. With Simon’s arrival, we are now launching our search for a permanent Executive Director. In the meantime, we thank the community for its support and involvement in the festival we all love."