V.com weekend vote: What role has the Bach Double played in your life?

June 12, 2020, 10:30 PM · As I prepared to record the Bach Double Play-Along video that I posted earlier this week, I had plenty of time to ponder this famous piece, which was once again bouncing around in my head. 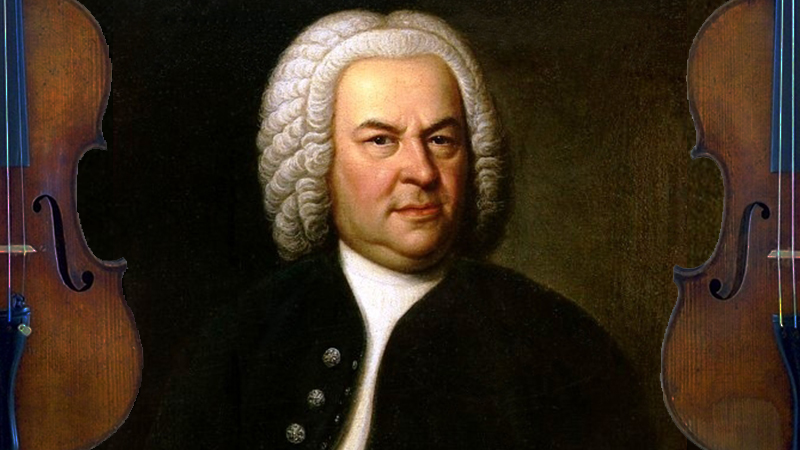 I’d guess that Bach's Concerto in D minor for Two Violins has played a part in most violinists' (and string players') lives — either musically or personally. It is often the first big, difficult duet that a violinist ever learns, and putting it together for the first time can feel like assembling a mechanical clock with hundreds of small moving parts!

I've taught it to many students, and I've performed in various settings - from Suzuki group class to a more formal performance with orchestra. I've even been to several "Bach Double Parties," invented by my teaching colleague Liz Arbus, who gets several dozen students together to play Bach Double games, do a scavenger hunt and then eat ice cream. (Ahh, pre-pandemic days!)

Last year, many sent in videos in hopes of winning Play With Ray, which awarded three violinists a trip to Los Angeles to play with Ray Chen at the Hollywood Bowl!

Beyond the famous first movement that appears in Suzuki Books 4 and 5, there are the second and third movements. (This was a huge revelation to me when I was a student!) The second movement has been a fixture at weddings and funerals - you may have either played at such an event, or even heard the music at your own wedding.

I also have many memories of wonderful performances of this piece. Most personal to me was when two of my students played the last movement and really knocked it out of the park - it was a such a victory! And then there are the artists whom I've heard recording it -- Gil Shaham and his wife Adele Anthony in Aspen back in 2005, and more recently, Hilary Hahn and Margaret Batjer with the Los Angeles Chamber Orchestra in 2018.

I’m eager to hear about your experience with the piece and any favorite memories you’d like to share. Please select the answer below that most closely matches your choice and then add your comments below.

June 13, 2020 at 03:47 AM · First big piece (I butchered it) after a movement of a Handel sonata. Accompanied it in orchestras, played at at my mother-in-laws funeral, with my daughter, played the slow movement in church and played it all in my living room with an honest to goodness virtuoso.

It's even now on my music stand and I practice it regularly.

June 13, 2020 at 04:33 AM · I'm learning it right now. This was my stretch piece from the very beginning. It has taken while a while to get here and I love learning it. I'm bummed that the quarantine prevents me from actually playing with my teacher in person.

It was also the last thing I studied (and probably butchered) on violin before starting viola, and the second-last violin piece I studied before switching completely over. I relearned it in 2010 on one of my occasional forays back to violin, and learned it much better the second time around.

It made me want to learn violin.

Finally, 3 years later, in December 2019, I played it in studio class.

It was so worth the wait.

June 13, 2020 at 11:01 AM · I cheated a little on my answer. I've performed it, but as "only" as the piano accompanist for my teacher's studio. If there are others out there who want to do the same but find the Suzuki accompaniment rather dense, I recommend "Frustrated Accompanist" simplified reductions by Carol Leybourn. The one for the Bach Double is almost too sparse, I ended up penciling a few of the frills back in!

As a violinist, I have learned both parts to all three movements, so I think that makes up for stretching the truth in the other category.

June 13, 2020 at 12:32 PM · I played it with my best friend in junior high school. We worked so hard and played in a state competition. The second movement is my favorite part because it is so spiritual and expansive.

June 13, 2020 at 01:50 PM · All of the above, including the slow movement played at my wedding! There is a wonderful YouTube of Mr. Shaham and Ms. Anthony playing the first movement together during quarantine. Here is the link:

June 13, 2020 at 02:34 PM · I've never played it. I was not a Suzuki kid. I've been working through some of the intermediate lit this summer, though, and was thinking of getting a copy. What edition would people suggest? (I'm lazy and don't want to work to figure out fingers and bowings.)

June 13, 2020 at 03:15 PM · Just yesterday my cellist friend and I recorded the first movement (an arrangement for cello and violin) and he combined the parts. It wasn't the same as playing together, but I was so happy to do this, especially now with not a lot of collaborative playing opportunities on the horizon.

June 13, 2020 at 06:19 PM · Gee, the first time I've given an answer that was the least popular! I think I've heard it twice, both memorable occasions. The first time was a concert of Academy of St. Martin-in-the-Fields with long time concert mistress Iona Brown and another female violinist. (I remember what she looked like, but sadly not her name.) The second time was at my violin teacher's memorial service, listening to a recording of my violin teacher and her LA Phil violinist daughter playing the slow movement.

I have never performed either solo part for an audience, all other answers would have been yes.

June 13, 2020 at 08:54 PM · The performance I particularly remember was Menuhin and (David) Oistrach on TV. I've also been witness to multiple murders of the slow movement, of course! I performed at least the first movement of it at school, if not the whole work.

With Tom Banfield I also busked it in the college gatehouse during rag week.

I don't think I ever studied it on my own with either my father or his and my teacher, but of course we did rehearse it a bit before each performance, probably with my father present and advising.

June 14, 2020 at 12:51 AM · I shared lessons with another student that was my same age, level, and lived in the same neighborhood. We worked on the Bach double, played it for an audition with a major league conductor. When they are ready I like to use it with a student. I only have one recording: David and Igor Oistrakh.

June 14, 2020 at 01:30 AM · I plan to learn all movements. I bought this workbook for myself and have started working through it. It breaks down the 1st movement measure by measure. I don't have a teacher, so I teach myself!

I'm not affiliated...I just thought it would help someone else learn the piece.

June 14, 2020 at 02:40 AM · The Bach Double has a special place in our hearts. When my son (Jason Anick) was learning the first violin part in his Suzuki class, I tried to play the second violin part along with him. But being a play-by-ear fiddle player, I would get lost by the second page and at that point we would just continue on by improvising in Dm, following each other’s lines as best we could. In that way, the Bach Double became Jason’s first playground for exploring “free improvisation.” - Peter Anick

June 15, 2020 at 11:42 PM · I wrote a whole blog here on violinist.com about this last year: "Double Bach" It brought back mostly fond memories of my childhood violin teacher.