The strings that came packaged in the green goddess envelope were attracting the attention of soloists -- and they were also selling violins. Dealers started reporting an interesting phenomenon: that an old violin languishing in the shop for months could sell in days, once strung with Evah Pirazzis. 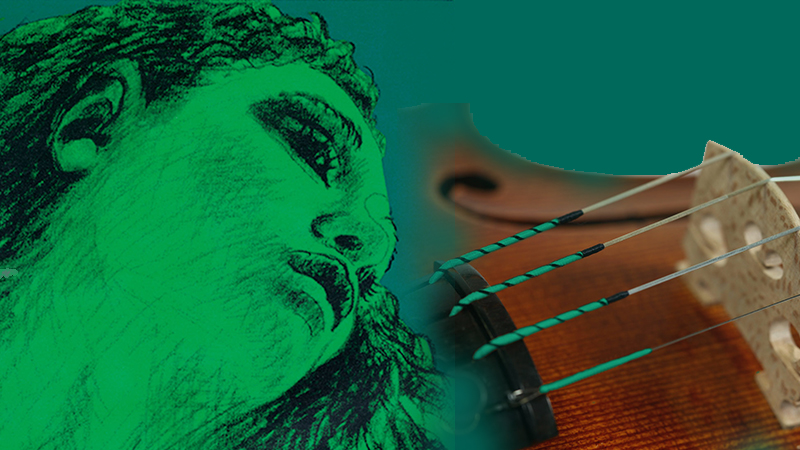 "The increased power and projection that the Evah Pirazzi violin set provided helped sell violins," said Pirastro U.S. Marketing Manager Ed Mingo. "Many violin shops were calling telling us that they put Evah Pirazzi on a violin that was sitting in their shop and it sold the next day. The strings had also a reputation for 'waking up' old instruments."

This year the German-based string company Pirastro GmbH celebrates the 20th anniversary of their release of Evah Pirazzis, and by now the strings are endorsed by famous violinists such as Augustin Hadelich, Vilde Frang, Nicola Benedetti and Leila Josefowicz, among others. 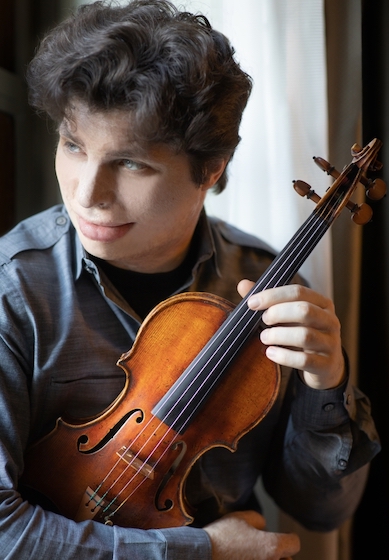 "The choice of string is of course very dependent on the instrument, and how you want to influence the sound - do you want to make it warmer, more focused, rounder, louder, smoother?" Hadelich told me on Wednesday. "Pirazzi are versatile and reliable, and also extremely consistent - I haven't really had a 'lemon' in over six years of using them! I can usually change them at night and play a rehearsal on them the next day without them going too out of tune, which is another perk when you travel a lot."

What many people don't know is that the Evah Pirazzi strings actually evolved from another line of Pirastro strings: Obligatos.

"The Obligato was our first advanced synthetic core violin string set, which we introduced in 1998," Mingo said.

The Obligato was many years in the making. "It took us a long time to co-develop the new synthetic core material with our supplier, and then we needed to learn what you can achieve with it using different construction methods," said Adrian Mueller, the German-based engineer who developed both strings. "After that, we understood what was achievable with the new material and how to achieve it."

"Many players loved the tone of the Obligato, which was modeled after our gut core Oliv string," Mingo said. "But they wanted additional power, volume and clarity for solo performances."

"We listened to the market feedback and then decided to develop the Evah Pirazzi, with the aim of creating a set of strings with an abundance of power that would appeal to soloists," Mueller said. "At the time, the desire for ever-more powerful strings was great. "The Evah Pirazzi satisfied this, without a loss of complexity in the sound and the ability to play pianissimo."

"I first started using Evah Pirazzis when I was playing on the 1723 'Kiesewetter' Stradivari," Hadelich said. "A lot of other string brands sounded a bit thin and reedy on the instrument, and the Pirazzi widened and rounded out the sound, making it a bit fuller and projecting it better. I chose them for their power and projection and fullness of tone, rather than the color of the sound - I just wanted strings that would project powerfully without having to force the sound. I now play on a Guarneri del Gesù (1744) and even though the violin is very different, I find that the Pirazzi are still a good choice for it." Currently Hadelich uses the green Evahs for the G, D and A, with a Pirastro Gold Wondertone E "in strong gauge, which I find matches the tension and qualities of the Pirazzi better." And what about that green goddess, the artfully-drawn face on the envelope of every Evah Pirazzi string? It has to do with the Müller-Zierach family, which goes back to the string-maker Giorgio Pirazzi (b. 1766).

"Our father Volker Müller-Zierach painted and designed the envelope of the Evah Pirazzi," said Annette Müller-Zierach, Managing Director of Pirastro GmbH. "We have talked to him how he came up with the idea, and he said that it came to his mind whilst he was watching a concert with my mother, Eva. I guess it is his vision of her playing the violin. The color green represents life, and the growth of nature."

Eva's maiden name was Pirazzi. Since the early '90s Eva and Volker have run Pirastro GmbH, along with their children Annette and Henning. Thus the letters "E-V-A-H" include every member of their family: E = Eva; V = Volker; A = Annette (and also Anny, Eva's mother); H = Henning (and also Hermann, Eva's father). And for marketing, the letters can also stand for qualities of the string: E = Extra; V = Value; A = Added; H = Hypersonic.