August 20, 2020, 2:06 PM · Welcome to "For the Record," Violinist.com's weekly roundup of new releases of recordings by violinists, violists, cellists and other classical musicians. We hope it helps you keep track of your favorite artists, as well as find some new ones to add to your listening! 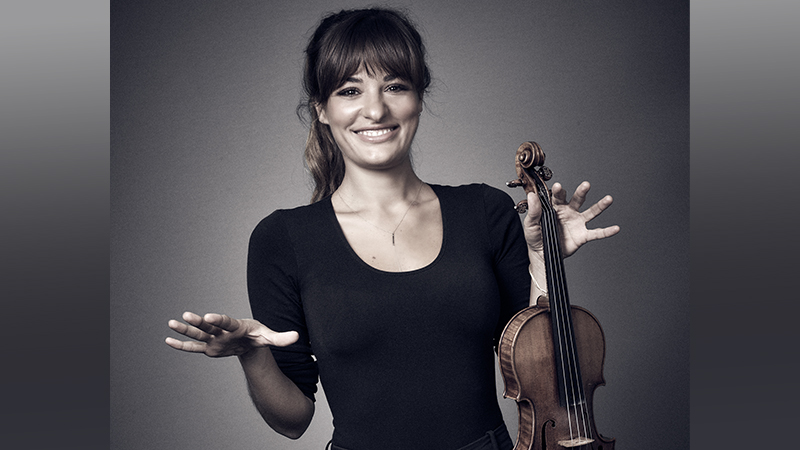 "The depth of admiration and fascination I have for (Edward Elgar) and his music has made this entire process a dream," said GRAMMY Award-winning violinist Nicola Benedetti of her latest album. "He was so out of the ordinary, from his non-traditional training to his understanding of people to his style of expression in music - there is only one Edward Elgar, and I am deeply grateful to have had the opportunity to record so much of his music." This album includes Elgar's Violin Concerto in B minor, Op. 61, along with three short works for violin and piano: Salut d’Amour, Sospiri and Chanson de Nuit. BELOW: From the album, Nicola plays Elgar's "Salut d’Amour":

Cellist Jonah Kim and pianist Sean Kennard have been making music together since they were teenagers at the Curtis Institute of Music and together they have played almost every sonata in the standard repertoire. The Rachmaninoff Sonata and the Sonata by Samuel Barber hold a special place for them: The Rachmaninoff was the first sonata they worked on together, and Kim’s teacher at Curtis was Orlando Cole, who premiered the Sonata with Barber himself at the piano. Both Sonatas shine as big, romantic works with broad, rhapsodic strokes and superb melodies. BELOW: "Andante" from Rachmaninoff's Cello Sonata Op. 19:

"Guzo," which means "journey" in the Amharic language, features eight original compositions, each inspired by a different culture and style of music: Malian, Levantine Arabic, Indian, Nigerian, Persian, Gulf Arabic (Khaliji), Ethiopian, and Chinese. Inspired by the idea that different parts of our personality manifest when interacting with different types of people, Block said that "I wanted to see what kind of composer I might become within different musical environments and languages.Each composition was recorded collaboratively with musicians native to each style, many of whom are close friends that I could trust with my vulnerability as I invited them into my compositional and arranging process." BELOW: "Iniche Cosebe," which was inspired by traditional West African music and recorded by Mike Block with Balla Kouyate, balafon; Sidy Maiga, djembe; Indrissa Kone, Talking Drum/Kalabash; and Yacouba Diabate, Kora.