November 4, 2021, 10:06 PM · Welcome to "For the Record," Violinist.com's weekly roundup of new releases of recordings by violinists, violists, cellists and other classical musicians. We hope it helps you keep track of your favorite artists, as well as find some new ones to add to your listening! 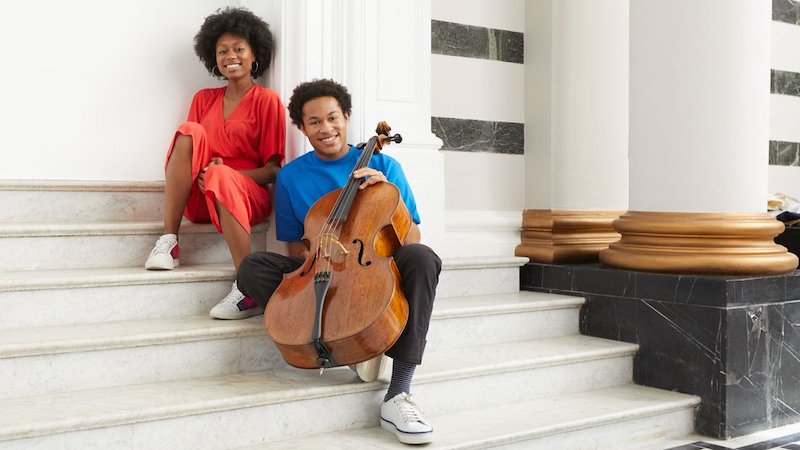 It's a book written (during "schlockdown" as he says) by the rebel-spirited violinist Nigel Kennedy, plus a three-CD set of his music. "I am now (almost) 64 which is a much amusing age. One year away from my bus pass and also in a position to be associated with a song by the most famous band in history," Kennedy said. "An age which while still having a future also represents a long enough life to have some potentially interesting reminiscences, rich and varied." His memoir covers his early days at The Yehudi Menuhin School and Juilliard School, as well has his projects with musicians such as Robert Plant, Roger Daltrey, Pete Townshend, John Entwistle, Paul McCartney, Kate Bush, Jean Luc Ponty, Stephan Grappelli and more. BELOW: From the CDs, Kennedy plays the "Larghetto" from Beethoven's Violin Concerto in D Major, Op. 61 with the NDR Sinfonieorchester in 1992.

The Brooklyn-based Attacca Quartet's new album features their original take on great works from both the Minimalist movement and the Renaissance era. "Of All Joys" began with the group nominating their favorite Minimalist and Renaissance pieces, none of which happened to be originally written for string quartet. "We just want to play music we love, whether it’s written for our medium or not," violinist Amy Schroeder said. The album includes music by Arvo Pärt, Phillip Glass, and Renaissance composers John Dowland, John Bennett, and Luca Marenzio. BELOW: "Flow My Tears" by John Dowland.

Soviet-born American violinist Daniel Kurganov and pianist Constantine Finehouse present official world premiere recordings of 21st century works by Lera Auerbach and Richard Beaudoin, as well music by John Cage and Olivier Messiaen in an album of compositions that juxtapose the anguish of lost memories with openness and hope. BELOW: The official trailer for Rhythm and the Borrowed Past