March 12, 2021, 12:21 PM · Welcome to "For the Record," Violinist.com's weekly roundup of new releases of recordings by violinists, violists, cellists and other classical musicians. We hope it helps you keep track of your favorite artists, as well as find some new ones to add to your listening! 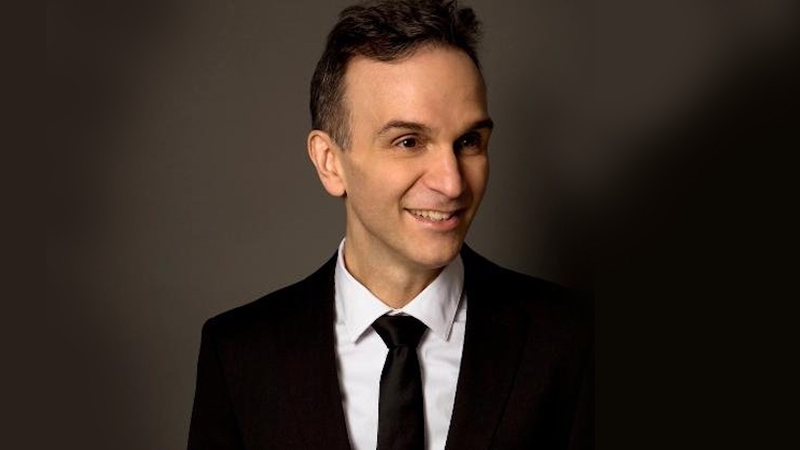 A beautiful performance of two of the most beloved concertos in the violin repertoire. The new album follows Shaham and The Knights’ Grammy-nominated debut recording of Prokofiev's Violin Concerto No. 2, released in 2016. Read our interview with Gil Shaham and Knights conductor Eric Jacobsen about their ongoing friendship and collaboration. BELOW: Johannes Brahms: Violin Concerto in D major, Op. 77 III. Allegro giocoso, ma non troppo vivace — Poco più presto

While the Tchaikovsky has long been one of the world’s favorite violin concertos, Polish composer Ludomir Rózycki's violin concerto – an opulent post-Romantic work conceived during the traumatic Warsaw Uprising of 1944 – was never performed in the composer’s lifetime. Polish violinist Janusz Wawrowski premiered it in its current form in 2018. For years, the elements of the score lay buried in a suitcase in the garden of Rózycki’s deserted and ruined house in Warsaw. The buried suitcase was discovered after Rózycki's death by construction workers, and the scores that it contained found their way to the archives of Poland’s National Library. "It was some years ago that I first encountered fragments of the manuscript of Ludomir Rózycki's violin concerto," Wawrowski said. "This wonderful work spoke to me immediately, and the thought was planted in my head that, like a phoenix rising from the ashes, it should be reborn and enjoyed by audiences around the world." BELOW: Excerpts from the violin concerto by 20th century Polish composer Ludomir Rózycki:

The third volume of the Danish String Quartet’s ongoing Grammy-nominated Prism series, which shows how the radiance of Bach’s fugues is refracted through Beethoven’s quartets to illuminate the work of later composers. "Beethoven had taken a fundamentally linear development from Bach," reads the liner notes, "and exploded everything into myriads of different colors, directions and opportunities – much in the same way as a prism splits a beam of light." The recording includes J.S. Bach’s Fugue in C-sharp minor, Beethoven’s String Quartet No. 14, and Bartók’s String Quartet No. 1. BELOW: DSQ performs Beethoven: String Quartet in C-sharp minor, Op. 131, at Alice Tully Hall in 2016.

Rooted in his passion for medieval and Renaissance music, Stanley Grill's compositions are as pioneering and contemporary as they are fundamentally traditional. Grill’s work focuses particularly on melody, modal harmonies, and contrapuntal, interweaving lines. The result is a musical experience greater than the sum of the instruments involved. Two themes that permeate much of his work can be found throughout this album as well: a desire to translate elements of the physical world into sound, and a dedication to cultivating and promoting peace through music. BELOW: Deubner and Steigerwald perform the "Andante" from Stanley Grill's "Remember" (5 Intermezzi for the Earth):

Gil Shaham brings to life one of the 20th century's most innovative works, performing Alban Berg's Violin Concerto with Michael Tilson Thomas and the San Francisco Symphony. The recording also includes Berg's "Seven Early Songs," performed by soprano Susanna Phillips; and the Berg's Three Pieces for Orchestra. BELOW: Excerpt from the Berg concerto:

One question - what exactly are the extensions on the basses in American orchestras and how do they work? We seldom see these in Europe.