V.com weekend vote: Can you speak, or sing, while playing? 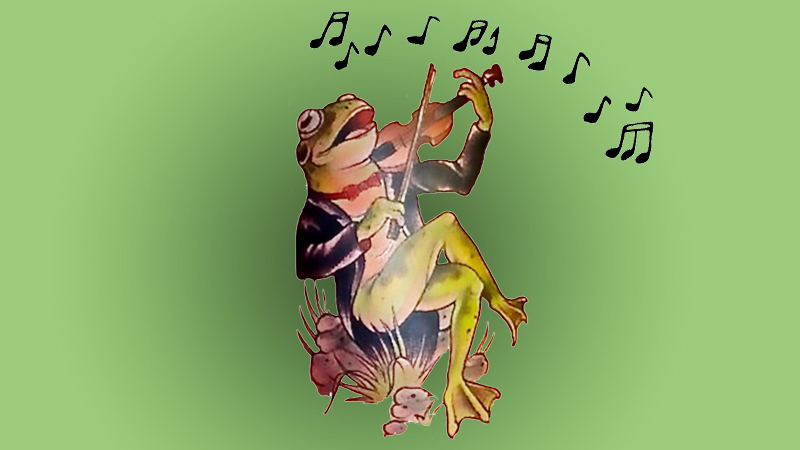 String players have the freedom to use our voices, since we don't have to use them to blow into, say, a trumpet or flute. But whether we can is another issue entirely. Sometimes we concentrate so hard, we forget to breathe with our mouths and noses, much less sing or speak!

After thinking for a long time that this was something I could not do, I discovered lately that I can actually sing and play at the same time. The key was to not think about it, and also to be playing and singing something very easy. I was directing a Zoom group class of six-year-olds, when I realized half of the kids could play "Go Tell Aunt Rhody," while the others could sing it, but not play it. So half would be singing, half would be playing, and I needed to direct both activities. Thus I sang while also playing, without giving it much thought. Then afterwards I realized, "Hey wait, looks like I can sing and play at the same time..."

Maybe it also helps to be doing it for an audience of six-year-olds rather than a paying public!

It's a bit of a relief to realize this isn't easy for everyone. For example, the humor duo Brett and Eddy at TwoSet Violin dedicated an entire episode to the nearly-impossible challenge of playing one part of a duet while singing the other part:

But there are violinists and fiddlers do sing vocals in bands, while they are playing, and all at a professional level. I'm impressed with this, for example - violinist David Wong singing a cover of Bill Withers' "Ain't No Sunshine":

While I can perhaps direct while teaching, I don't plan to join a band as a vocalist any time soon!

I can sing while playing if (and only if) it's music I know extremely well and it doesn't require more than occasional shifting. I've both played and sung Messiah enough times that I can sing the bass parts of several of the choruses while playing the viola part, but that's a rare combination of very familiar music and relatively little need for head weight.

May 2, 2021 at 04:30 AM · Being simple minded, I can only focus on one thing at a time. Besides, the jaw must be free for proper diction and breathing. As a Mariachi fiddler, I am constantly alternating between singing and playing.

May 2, 2021 at 11:18 AM · Regarding the question, I once saw a fiddler who CALLED A DANCE and CLOGGED while fiddling. Very impressive.

This is my first visit to this site. Joel, it's great to run into a mariachi fiddler. I'd like to develop huepango style.

I started playing old-time fiddle 40 years ago, in West Virginia. All by ear. Never could read music.

May 2, 2021 at 11:45 AM · I didn't vote, mainly because I don't recall ever attempting these feats. So I won't definitely say "I can't," but I'm also not ready to say "I can." I could probably get the hang of it easily enough, based on past experience of learning new skills. Motivation is undoubtedly a factor, I'm not a teacher, and I'm no longer a student; but if I were either one, I'd probably have the incentive to learn this skill. BTW, I played both videos -- very entertaining.

May 2, 2021 at 02:05 PM · I can't sing while playing. It's too much like handling two different instruments at once. I guess I could talk but I haven't had a need to. But during a lesson I sometimes have to listen to my teacher while playing and that can be distracting.

May 2, 2021 at 06:28 PM · I probably could learn to do this as I can daydream or multitask with things I know well such as scales, but at the present time, I cannot sing or speak while playing. My wife, an amateur pianist, though, regularly sings while practicing like so many professional pianists. This is much to the chagrin of her piano teacher, however.

I don't think I can do it on the violin/viola, because I struggle holding the instrument with my chin, but I have done it on the piano, really almost ever since the late Henry Miles told me I should when accompanying hymns.

May 3, 2021 at 09:24 AM · I can't sing while playing nor did I ever feel the need to do it. I could imagine, if I were teaching, that I could demonstrate something and say things like "look at my right arm" to the student. But speaking and playing properly--no.

Maybe I could if I were a frog?

John brings up an interesting point: Singing and piano playing. Every Victorian daughter could do that. Why? Piano playing isn't any easier than violin playing, just the trajectory of the learning curve is different.

May 4, 2021 at 03:48 PM · Instruments like piano and guitar are actually adapted for singing and playing at the same time. The difference is that the violin has no frets and, especially for complex classical music, a high level of attention is required to play it exactly in tune. Since a piano has keys and a guitar has frets, it's unnecessary to listen for intonation while playing. In some ways, singing with one of these instruments makes singing easier, because you can tune your voice to the instrument, making it easier to stay on pitch.

In the video above, where David Wong is singing while accompanying himself on violin, notice that while singing, he uses the violin in a percussive manner, giving rhythmical effects without precisely defined intonation on the part of the violin. Later in the piece, where he plays the violin lyrically, he is not singing at the same time.

It was still more difficult when I learned classical guitar almos 40 years ago. I could not do a single vocalization while playing.

May 6, 2021 at 08:53 PM · The Pop/Jazz pianists/singers are amazing people. Even someone as expert as Nat King Cole usually stopped playing while solo singing. The guitarists/singers will be doing chords and rhythm while singing, not solo guitar plus solo singing. There are some folk harp players from Paraguay or Veracruz who will sing and play at the same time; doing three different things at once.