July 15, 2021, 1:45 PM · Welcome to "For the Record," Violinist.com's weekly roundup of new releases of recordings by violinists, violists, cellists and other classical musicians. We hope it helps you keep track of your favorite artists, as well as find some new ones to add to your listening! 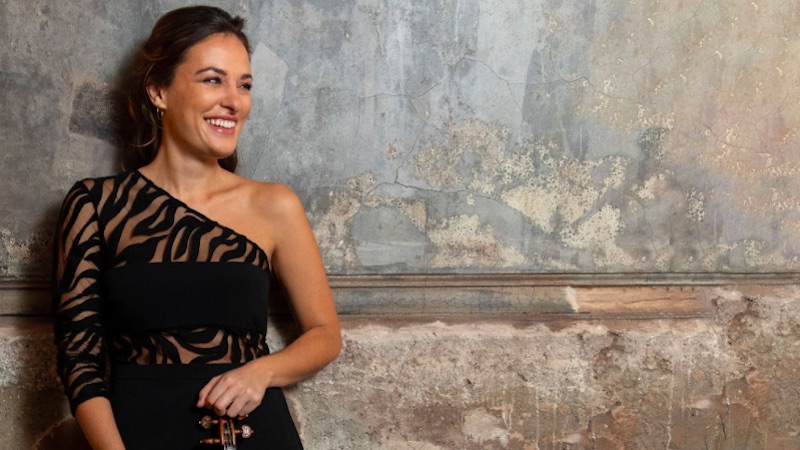 Grammy award-winning violinist Nicola Benedetti releases her first album playing on a period set-up, including gut strings and a Baroque bow, in an album featuring two concerti by Vivaldi (Concerto in D major RV211 and Eb major RV257) plus Geminiani’s arrangement of Corelli’s "La Folia." "La Folia" is one of the oldest western classical themes which has been arranged by many composers over time, particularly in the Baroque era. Benedetti will feature the same music in eight live concerts over the next week at Battersea Arts Centre in London. She is also featuring Geminiani’s La Folia in this month's Benedetti Foundation educational Baroque Virtual Sessions, in an arrangement by the Ayoub Sisters for all levels of playing from beginner to advanced. "This music is so deeply invigorating, energy-giving, freeing, grounding and moving," Benedetti said. "I have long dreamt of presenting a project which brings together a recording, live performance and our education work, and with "Baroque" we are finally achieving this." BELOW: Discover Baroque Music: Introduction to La Folia with Nicola Benedetti, from her July Benedetti Baroque Virtual Sessions:

Poised at the convergence of 18th-century French and Italian schools, Leclair and Senaillé were the French Paganinis of their day. Technically challenging yet full of poetry, rhythmically varied and always dance-like, their sonatas find two fervent advocates in violinist Théotime Langlois de Swarte and harpsichordist William Christie. Transcending generational differences, the "venerated elder statesman of early music" (Opera News) and the youthful violin prodigy join forces to help us rediscover these still unjustly neglected pages."To create this program, I read all of the violin sonatas written in France at the beginning of the 18th century and preserved in the Bibliothèque nationale de France - most of which are still unpublished," Langlois de Swarte said. "When I discovered the Sixth Sonata in G minor by Senaillé, I fell in love with it. This music had an incredible dramatic potential that I immediately associated with William Christie, whose theatrical sense has always fascinated me." BELOW: Théotime Langlois de Swarte and William Christie perform at l’Abbaye de Fontevraud:

Following her success at the 2017 Cecil Aronowitz International Viola Competition, violist Emma Wernig explores works for viola and piano by 19th and early 20th century Austrian composers. “The viola’s voice is at its most beautiful bringing hidden gems to life through a uniquely Austrian lens," Wernig said. "Growing up in an Austrian/German family in the United States, I always sought to feel a deeper connection to my roots. Exploring these works has allowed me to better connect to my heritage and my instrument and feel closer to my cultural and musical identity." The album includes rare works by Hans Gál, Robert Fuchs and Franz Peter Schubert.