November 17, 2022, 11:36 AM · On Thursday the Philadelphia-based Curtis Institute of Music announced the launch of its own record label, Curtis Studio, which will feature performances by alumni, faculty, and students. Releases will be available on all major streaming platforms, and several releases will feature music videos. 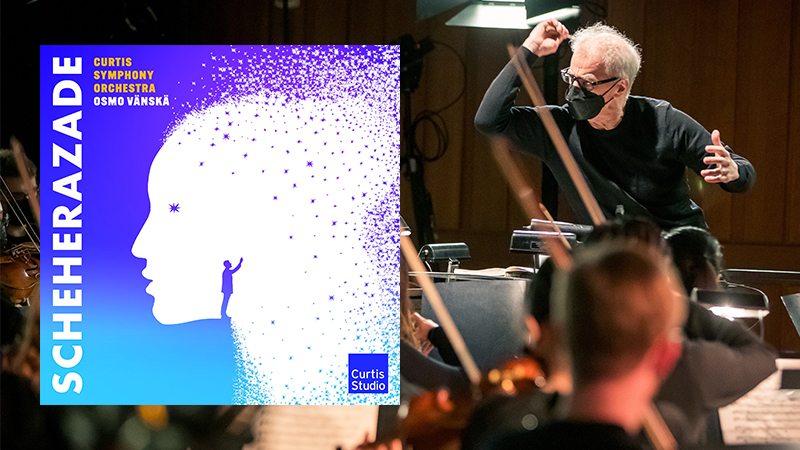 The performance was recorded as part of Curtis’s new performance installation, "Immersive Scheherazade," which invited audiences to sit alongside live musicians performing the work while surrounded by 30-foot high projections of the orchestra.

"Scheherazade demands musical virtuosity and highlights the magnificent artistry of the Curtis Symphony Orchestra," said Vince Ford, executive producer of Curtis Studio. "These musicians represent a very bright future for classical music. We are thrilled to share their performances through Curtis Studio."

“The three pillars of Curtis—teaching, touring, and technology—will each be propelled by this groundbreaking initiative," said Curtis President and CEO Roberto Díaz. "Curtis Studio presents an opportunity to share our rigorous standard of musicianship in an accessible way. This monumental initiative furthers our digital presence while teaching the recording process as a fundamental component of a musician’s career."

Future releases scheduled for Curtis Studio will include a solo piano recording with Michelle Cann (Piano ’13) featuring works by Florence Price (Sonata in E minor and Fantasie Nègre Nos. 1, 2, and 4) and Margaret Bonds’s Spiritual Suite. In addition, Curtis Studio will present several commissions, including the recording premiere of Trio Zimbalist, and recordings of the Dover Quartet and other Curtis ensembles.