June 21, 2022, 3:34 PM · The New York Philharmonic has announced a succession plan in which Gary Ginstling, currently executive director of the National Symphony Orchestra in Washington, will succeed Deborah Borda as President and CEO of the NY Phil in July 2023. 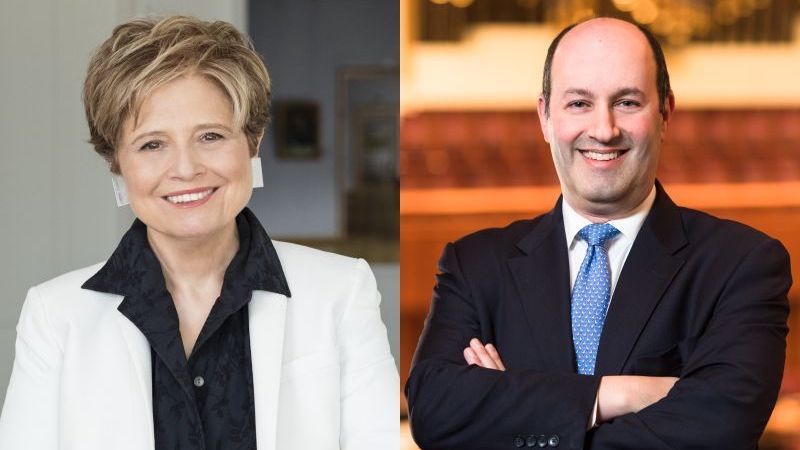 The transition will begin Nov. 1, when Ginstling will become the NY Phil’s Executive Director, with Borda remaining the institution’s President and CEO until he fully takes the reins in July 2023. At that time, Borda will step down and become Executive Advisor to the President and Board of Directors, a newly created role.

"The mark of a strong institution is its ability to plan for the future," Borda said. "The creation of a thoughtful succession plan and an executive team to ensure its success is a 'must’ as we move our beloved institution into a new era. The challenging cultural ecosystem of our times requires vision, knowledge, and courage. Gary embodies all three. His training as a musician, experience as CEO of important U.S. orchestras, and background in communications and technology is a perfect fit for the N.Y. Phil. He is a trusted colleague whose track record speaks for itself."

Borda, 72, was executive director of the NY Phil for eight seasons during the 90s before becoming President and CEO of the Los Angeles Philharmonic. She held that position for 17 years, during which the orchestra moved into the new Walt Disney Concert Hall and welcomed Music Director Gustavo Dudamel. Borda returned to the NY Phil in 2017, and as she looks toward the exit, the orchestra is poised to move into a newly-renovated David Geffen Hall (a $550 million project).

"As I welcome Gary, I could not be more energized as we move into the new David Geffen Hall, charting the pathway to a vibrant New York Philharmonic future with Gary at the helm," Borda said. "And, I add my gratitude to the NY Philharmonic Board and its Co-Chairmen for their wise and profound leadership."

Ginstling, 56, has served as executive director of the National Symphony Orchestra since 2017, before which he was CEO of the Indianapolis Symphony Orchestra for five years. From 2008 to 2013 he was general manager of The Cleveland Orchestra. He has a bachelor of arts
degree from Yale, a master of music degree from Juilliard and and MBA from the Anderson School of Management at UCLA.

"It is the honor of a lifetime to be joining the New York Philharmonic as part of this innovative leadership succession plan," Ginstling said. "The NY Phil was my ‘hometown’ orchestra growing up and played a huge role in instilling in me a love of this art form. It is a tremendous privilege to be joining under Deborah Borda’s visionary leadership, and to transition into the President and CEO role next summer. The Philharmonic’s future has never looked brighter with the reopening of David Geffen Hall, and I cannot wait to be a part of it."