The participants were chosen from 103 applications from 21 countries. They represent 16 countries across five continents, ranging in age from 17 to 29. The most-represented country is the United States, with 11 participants, followed by South Korea (9 participants) and China and Japan (4 participants each). 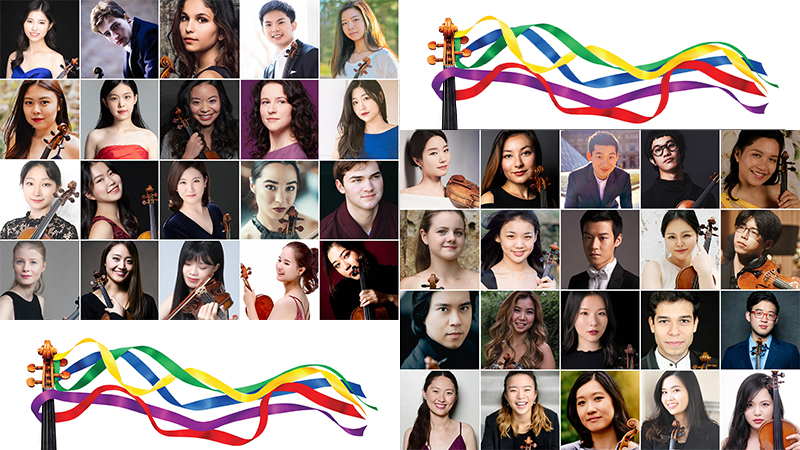 Here are the names of the violinists invited to participate:

The participants will compete for a number of prizes, with a total value of more than $350,000. The Gold Medalist will receive a cash prize of $75,000, a Carnegie Hall recital debut, a CD recording contract, and website development and maintenance for four years following the Competition. The Gold, Silver and Bronze Medalists will receive career management and international concert engagements for four years. All six Laureates will receive cash prizes and the opportunity to use one of several concert instruments in the IVCI collection, including the 1683 “ex-Gingold” Stradivari violin, until the next Quadrennial Competition in 2026.

In order to be considered for participation, applicants each submitted a video recording of two contrasting solo Bach Sonata or Partita movements, one Paganini caprice, the first movement of a Mozart concerto, and a full concerto from the Romantic or Post-Romantic period. The recordings were screened by Jaime Laredo, IVCI Jury President and Artistic Director; Bella Hristova, 2006 IVCI Laureate; and Joel Smirnoff, faculty member of The Juilliard School and former member of the Juilliard String Quartet.