September 10, 2022, 11:47 AM · Welcome to "For the Record," Violinist.com's weekly roundup of new releases of recordings by violinists, violists, cellists and other classical musicians. We hope it helps you keep track of your favorite artists, as well as find some new ones to add to your listening! 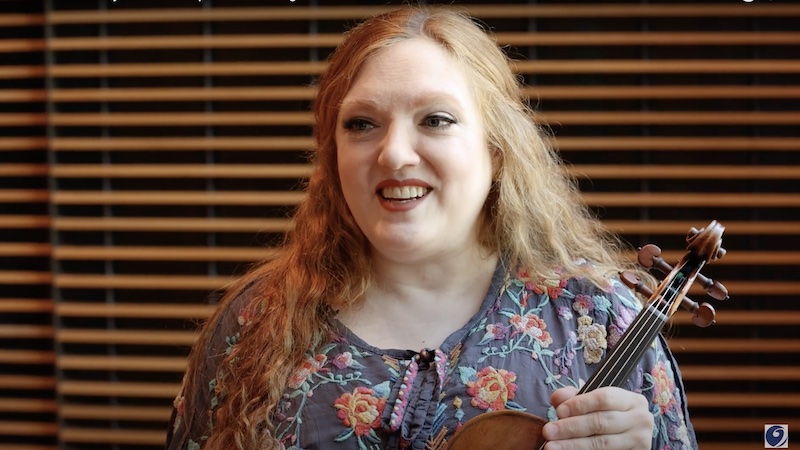 Chicago-based violinist Rachel Barton Pine marks the 25th anniversary of her 1997 recording of violin concertos by Black composers of the 18th and 19th centuries with a special-edition reissue, which updates and expands the original program into the 20th century. The new recording includes Pine’s recent recording of Florence Price’s Violin Concerto No. 2, composed in 1952. BELOW: Violin Concertos by Black Composers Through the Centuries

Stretching from Bach to Bacharach, "Song" sees Sheku Kanneh-Mason present an extraordinary kaleidoscope of music. The eclectic album includes everything from simple folk tunes through to classical works including Beethoven, Mendelssohn, and Stravinsky, to jazz melodies and an original pop song, written by the cellist himself. The new record follows Sheku’s two previous solo albums that reached Classical No. 1 in the the UK Charts: Inspiration (2018) and Elgar (2020), with the latter also reaching No. 8 in the Official UK Album Chart, making him the first cellist in the history of the UK Charts to break into the Top 10. On the album, Kanneh-Mason shares his own take on Aretha Franklin’s "I Say a Little Prayer" (written by Burt Bacharach) for solo pizzicato cello. As a child he would play around with melodies like this when procrastinating about cello practice, and then went on to perform it as an encore. BELOW: Sheku Kanneh-Mason plays Mendelssohn's Song without Words, Op. 109 with his sister, pianist Isata Kanneh-Mason.

In "The New Epoch," three musicians from the Boston Artists Ensemble interpret works by French composers Fauré, Debussy, Ravel, and Lili Boulanger. The musicias join forces in a variety of duo settings this assortment of instruments. Exploring works written at the threshold of the First World War — with the world crossing into the violent twentieth century and composers reacting with music that looked both nostalgically back and innovatively forward — they underline the commonalities between each composer’s unique voice and reinterpret this music for our turbulent present. BELOW: Jonathan Miller - Sonata for Cello and Piano - I. Prologue: