September 24, 2022, 1:28 PM · INDIANAPOLIS - On Friday, events moved downtown for the final two days of the International Violin Competition of Indianapolis, featuring each of the six finalists performing a major violin concerto with the Indianapolis Symphony Orchestra at the orchestra's elegant home venue, Hilbert Circle Theatre, near the city's central Soldiers and Sailors Monument. 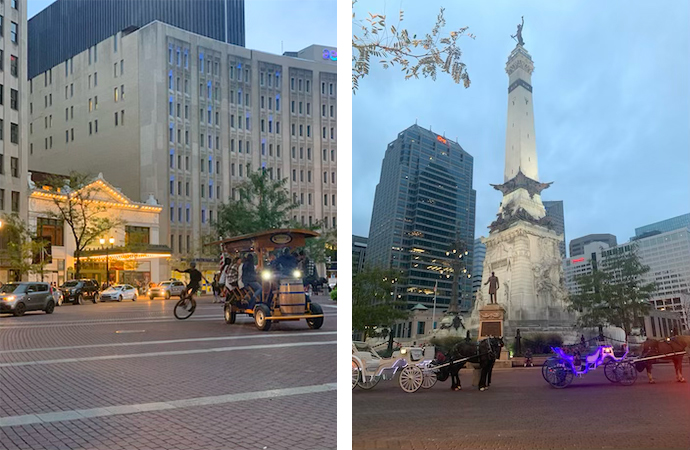 Three violinists played on Friday: Joshua Brown, Julian Rhee and Minami Yoshida. You can watch their performances (and other previous competition performances) by clicking here.

Violinists Claire Wells, SooBeen Lee and Sirena Huang will perform at 8 p.m. ET tonight, and you can watch the livestream by clicking here.

Joshua Brown started Friday evening with a committed and engaging performance of Béla Bartók's Violin Concerto No. 2, a 20th-century piece (written in 1938) that is tonal but does toy with 12-tone themes and a few moments of ear-bending quarter-tones.

In other words, it's not all sweet-singing melodies; it's more of a challenging listen. But wow, does it deliver a range of feeling, texture, color and movement. Not only does it put the violin through a wide array of musical feats; it also features a full range of instruments in the orchestra, with strings, woodwinds and brass - topped with harp, celesta and a good deal of percussion - bass drum, cymbals, gong, two snare drums, and a triangle. Every inch of the stage was occupied! 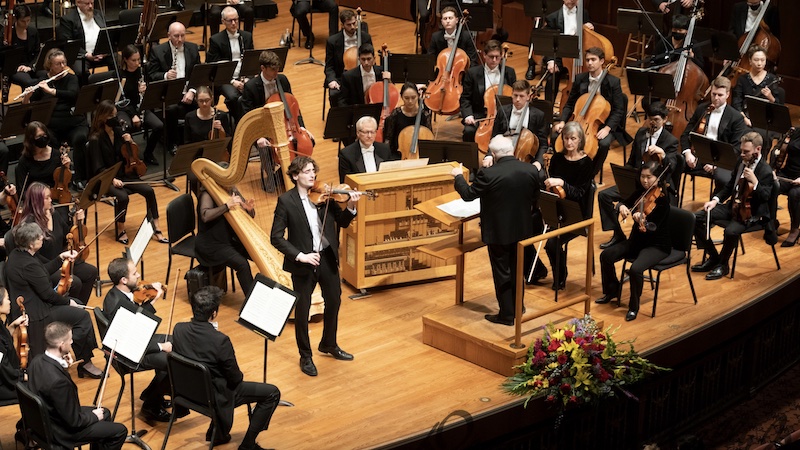 The concerto started with a strumming harp, and Brown quickly hit his stride, bringing out the contrasts in this music - noisy passage work that suddenly turned into wistful sighing; or a moment of held silence that then launched into frenetic outbursts of notes. The lengthy first-movement cadenza featured smooth string crossings and emphatic double stops - solid playing.

Toward the end of the first movement is a grand melody, which Brown played with full force and presence. I smiled when it was followed by a big, orchestra-wide "Bartók pizzicato" - a twangy pluck from the stringed instruments, named for the composer's invention of it.

In the second movement Brown brought out the singing quality in the melodies, and showed skillful changes of color in the violin, darkening the sound for an entire section. There was impressive clarity in very fast slurred passages. The third movement puts a little dance into the musical themes, with clinky-clanky percussion making an appearance. It's a fascinating concerto from a fascinating time, and what a treat to hear it.

Next on the program, Julian Rhee played the much-beloved Violin Concerto by Ludwig van Beethoven, a concerto that may make for easy listening, but shows no forgiveness when it comes to playing it. Color just a little outside the lines, and everyone can tell; so it is a true challenge. 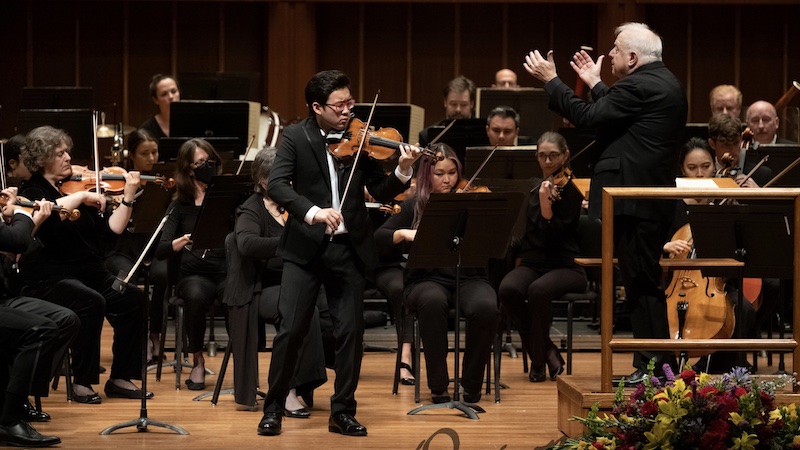 The concerto starts with a long orchestral introduction before the soloist enters, and Rhee displayed a gorgeous singing tone with that first entrance.

Throughout the piece Rhee exhibited a versatile vibrato, once holding a note that evolved from no vibrato to a lovely full vibrato. He also proved a master of subtle transitions.

Playing the Kreisler first-movement cadenza, Rhee hit it out of the park, handling the tricky double-stops and voicing with ease and expert placement, as though they presented no challenge at all.

A highlight of the second movement was a beautiful soft passage, as well as his restraint in keeping the volume so quiet for so long. The third movement was very animated and fast. 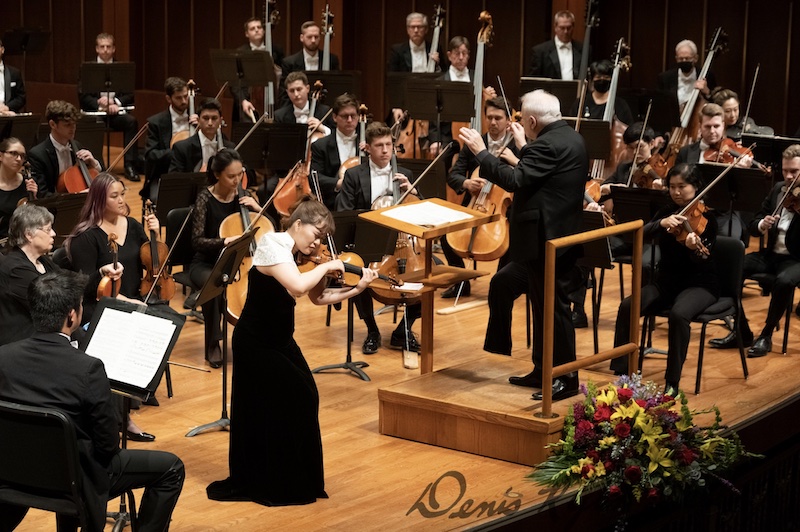 Throughout the piece, Yoshida showed both beauty of tone flavored with occasional grit. Her sense of pacing made the timing feel inevitable as the music unfolded.

The second movement seems to depict the soloist as hero, with the orchestra oscillating between being the heartbeat beneath - or the giant murky swamp beast, ready to emerge and swallow the soloist whole. The orchestra parts are so juicy, and yet there are moments of intimacy peppered throughout.

The third movement was a rollicking rhythmic ride, with plenty of special moments created by Yoshida: beautiful fingered harmonics with vibrato, impeccable octave slides, and more.

It's a relentlessly physical piece, with constant motion and challenge, and for that, it's also a real thrill.