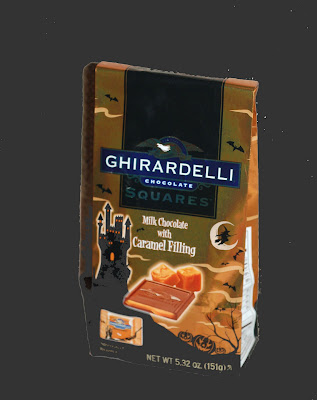 Enjoy some spooky music for Halloween.  Saint-Saens's Danse Macabre was inspired by a French poem about ghosts who are summoned by the Devil to rise up from their graves at midnight to dance and then return to their graves at dawn.  The piece begins with 12 notes played on the harp, signifying midnight. Then a violin, representing the Devil, plays some eerie chords, including the "Devil's chord," with the E string tuned down to E flat.


A most welcome gift from one of my new students 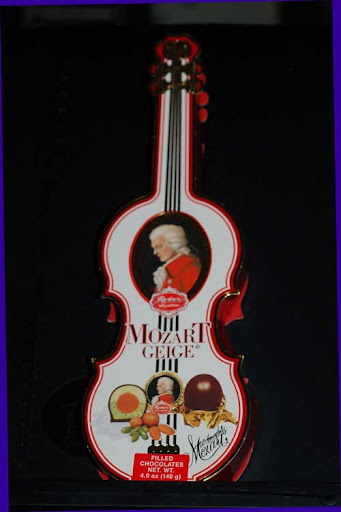 I know a little girl who is growing up in a very musical family. Both of her parents love bluegrass music, and her father plays in a bluegrass band. Every summer her family goes to a bluegrass camp where performers play during the day and almost everyone stays up late at night and jams. This girl loves bluegrass music and she especially loves her father's band. She started violin lessons in school with the goal of playing with her father's band. Her parents agreed to let her take private violin lessons, and I became her teacher.

I found her to be smart, musically talented, very directed, but somewhat lacking in self confidence, so she was sometimes scared to start something new. I give her intensive training on new pieces and then assign her just the first half of the piece for homework. Breaking down the piece this way makes her feel less intimidated, and she makes progress quickly. She was really excited when we started working on The American Fiddle Method, a wonderful instructional book for beginners which teaches technique beautifully and contains some really fun American folk songs. When she learned to play about half of the songs in the book, we went to the section at the end of the book called "Creating Your Own Variations," which teaches drones, double stops, slides, chords, and "chunk" style of backup playing. Right now, she is having a great time playing drones and choosing the spookiest tune she knows for Halloween.

At the end of her last lesson, my student took notes on her homework assignment in her fuzzy purple notebook with her purple pen, as usual. Then her mother suggested that she play something at a Christmas party planned for a school for children with disabilities. The girl's father's bluegrass band is going to play there. My student didn't want to play alone. I suggested that she play something with the band. She was thrilled with the suggestion. Her mother told her, "You will accomplish one of your major goals. You can put a big checkmark next to it on your list." I said, "This is not the end. It's just the beginning."

I've got the flu, and I've got it bad. Real bad. In fact, I think it is the swine flu. I saw a newscast about college football players being wasted by the flu, so I shouldn't be surprised that it has hit me hard. The flu plus my asthma make a double knockout.

I think I'm past the worst of it. I no longer sleep 18 hours a day. The acute aches and pains are receding. Now I relish every small gain in strength. For a long time, the only meal preparation I could do was to spread butter on bread. When I made myself a tuna sandwich, I felt that I had taken a great step forward. I can now do some very mild yoga and other exercises which I couldn't do a week ago. Yesterday, I went out of my home for the first time in about a week and a half and walked about two blocks to the 7-11. I was motivated for this great athletic feat by my love for the coffee at the 7-11. I've resumed teaching and preparing lessons. My recovery is not steady. I have my good days, when I go out for a walk, and my bad days, when I just sleep all day.

At my worst, did I do anything constructive? Read a good book (Dreams from My Father by Barack Obama)? Watch music videos? Pay bills? I did very little of these things. I spent a lot of time vegging out over the Internet. The only good thing I did for a long time was to spend a lot of time on v.com. I've been reading and writing comments on blogs and discussions. I'm still connected to my life support system, so I'm not entirely brain dead.

Now I'm just tired and bored while I wait to get better.