November 18, 2018, 11:47 AM · One of the most distinctive qualities of violin playing is the multi-directions of its components. The bow arm has four planes, seven if you add double stops. The left hand itself goes through so many shape changes that it’s too bad it wasn’t designed with ball bearings. Shifting down on the fingerboard, then up, and crisscrossing strings back and forth must happen as effortlessly as if only one direction was needed. Jumping up five positions, then shifting down seven positions can easily succumb to resistance. It’s a lot easier to fall back on the fingerboard than to climb your way back up.

If you add up all the different movements and directions of both hands and compound their effects on each other, it’s no surprise that a violinist can feel tied in knots. 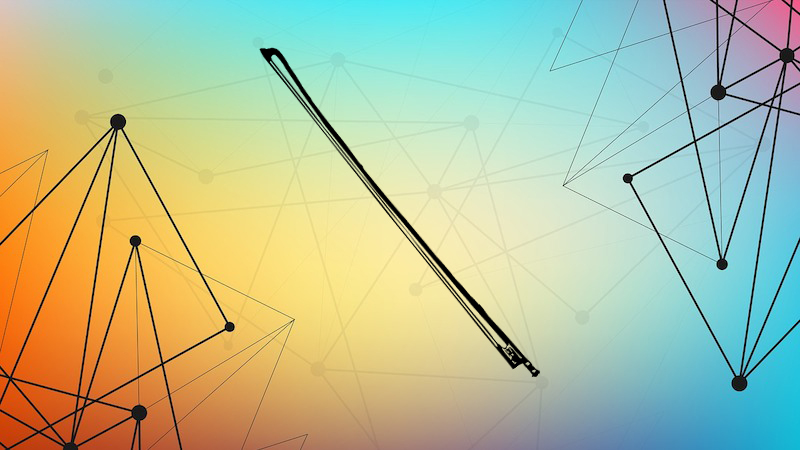 Different directions have taken their toll on me, even laughing at my efforts to play four even-lengthed detache strokes. This is a bow distribution issue, in which the quick bow- changes in a fast detache keep getting shorter. In an ideal situation, the up-bow should return the bow to its middle. Instead, the up-bow’s ever so slight shortness drags my bow closer to the tip, making a mockery of what should be an easy bow stroke. My bow drifts relentlessly, far from its desired position to stay in the middle of the bow. Good bow distribution depends on being in the right part of the bow without drifting unconsciously to the wrong part. The out-of-control movement becomes hydraulic, an inevitable push to the wrong place of the bow. Such are the destructive energies and ramifications of incorrect movements.

Within this geometric mess of the bow crisscrossing too deep into the scratchy part of the string, there is hidden, very well hidden, the sublime feeling of what the bow arm is supposed to feel like when all the parts fit.

The Bow and Bow Arm Floating in Space

An amazing thing about the motions of the bow arm is the freedom in which no two movements inhabit the same space. Here’s a simple observation that is not necessarily easy to see: when I’m concentrating on the movement of the bow to navigate the four planes of the strings, my hand and arm take a passive role. Even the speed of the bow feels automatic, like a self-propelled lawn mower. The bow arm will now feel liberated, since it is following the lead of the bow moving itself. Concentrating on the bow’s self-guided movements, with the conduit connected directly between the mind and the bow, allows the bow arm, hand, and fingers to simply go along for the ride.

The bow arm may feel too weak, since its role is to follow the lead of the actual bow that is "moving itself." Think of the arm’s role as being passive-aggressive, rather than just passive. Once you know what the arm feels like when it’s following the bow, you can solidify the connection. There is a wonderful feeling that the arm is following the bow, while simultaneously the bow is following the arm. All of a sudden, the violinist feels complete. It gives new meaning to the expressions "putting the horse before the cart" and "what came first, the chicken or the egg?"

Violin playing has the unique quality of having lots of movable parts, and often the end is obscured by the means. I’ve found that the road to the goal of playing with beautiful expression lies in constantly fixing what’s broken. The beauty of sound and musicality is built on a foundation of sheer physicality.

November 19, 2018 at 03:51 PM · The passive-aggressive idea is great. I think I err on the side of being too aggressive, so I will definitely give your suggestion a try. Thanks for another wonderfully informative article.

November 19, 2018 at 09:25 PM · Thank you for sharing your example of being too aggressive. In my own playing, I sometimes go from being too aggressive to too passive in one phrase, even in one measure. Fortunately, we learn as violinists how to switch gears and “turn on a dime”.