August 4, 2018, 11:29 AM · If anything seems like a comedy of errors, it’s what a violinist experiences when he or she first tries to play artificial harmonics: those harmonics that generally involve placing the first finger solidly on the string while also lightly touching farther up the same string with the fourth finger. 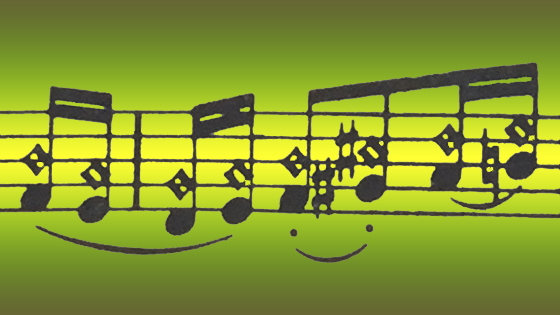 Inevitably, fingertips that are supposed to sit squarely on the fingerboard instead get pulled in different directions. Waiting for each finger to be in its proper place, and the need to think of too many things, throw off the rhythm of the bow. Also, the inevitable result of paying too much attention to the left hand is that the bow skids, scrapes and accelerates.

When we work on artificial harmonics, we develop several of the most essential elements of our talents and abilities. Problems will arise in relation to eye-hand coordination, bow independence, and our abilities to be patient, but with a little help, they can be worked out one at time.

Working on technique presents us with a microcosm of our securities and insecurities. If your fingers are tilting sideways, or if your bow’s rhythm isn’t in sync with your left hand, artificial harmonics is the perfect vehicle to clean out the cobwebs.

No matter what angle your hand is arranged, the fingers should approach the fingerboard in a vertical manner. Even if you play with a slanted fingertip, the general slot is similar to the way bowling pins drop straight down. Unfortunately, the majority of us have some built-in obstacles. When you place your first finger solidly on the string, with your fourth finger lightly touching the string, you may experience a magnetic pulling of the hand between the two fingers. You can’t depend on correct finger placement if the hand is imploding into itself.

Here’s a thought experiment for dealing with this problem. Make sure that your hand is fully situated on the string, not straddling the adjacent string. Every unique finger pattern, whether it’s octaves, thirds, or fingered octaves, has its own unique position. Artificial harmonics suffer because we are more used to the hand playing an octave. There is less strain when the fingers are on two strings, rather than on one string. Think of the individual placement of the hand as its own scaffold. Getting the hand in place, before the fingers touch the fingerboard, cuts down on pain and mistakes.

Stretching a finger with an immobile hand is very dangerous. Knowing how much the hand changes for each new finger pattern may or may not come naturally to you. A sign of talent is that all your movements follow the law of “form following function.” If your fingers misbehave, don’t worry. Talent can be learned. While it’s tricky to stop the quick reflex of a finger moving before the hand has adjusted, it can be done by playing very, very slowly. Just as you’re about to change the finger pattern or string, slow down to a snail’s pace. Let your mind capture the moment while it observes what the hand needs to do to set up the next scaffold.

You Have Only Three Jobs to Do

If only violinists didn’t have to time every action, we would be free to enjoy the beauty and engineering elegance that music offers us. That isn’t the case, as artificial harmonics remind us.
Three things have to happen: The first finger is placed solidly on the string, the fourth finger lightly, and the bow must engage the string. If any of those are flawed, work them out individually and carefully. The “discovery” phase of working out a technique is very slow, but incredibly rewarding. You’ll see how the light fourth finger will feel like it’s in a different place that your usual solid fourth finger. You’ll realize that, even if things happen too fast on the violin, there is a sequence to everything we do.

Is the Fourth Finger Supposed to Be Curved or Straight?

Every once in a while, a concept that supports the way we do things naturally is challenged, upsetting the basic flow or our abilities like a wrench loose in a car engine. Almost every photo in Violin Virtuosos by Henry Roth shows violinists with their left fourth fingers in a straight-out or slightly extended position. When you think of the design of our hands, the position, or scaffolding, should accommodate the three long fingers, not the little finger.

Yet, even the challenges of a little finger can easily be overcome by extending that finger. What happens when a teacher expects the student to keep the fourth finger rounded like the other fingers? Much time can be wasted because it can take years to go against nature, and in the end, nature will prevail. I remember one colleague in college was determined to change his perfectly fine wrist vibrato to an arm vibrato. While both are completely natural, in his case the wrist was “more” natural to him. Two years later he returned to the wrist.

The fourth finger dilemma is different. You can’t finesse and rationalize a tiny fourth finger. It is what it is. Extend it, and keep it slightly curved. If you decide you have to have it curved like the other fingers, you may be able to figure out how to do it. Be careful, though, not to impose it on students. There are too many other, more important, things that they’re trying to concentrate on.

August 5, 2018 at 09:31 AM · Paul, thanks for your contribution as always. I am a bit skeptical however about what you say about the fourth finger and not giving priority to it. What I find is that people who have not learned to give priority to the fourth finger, and start getting into more and more advanced repertoire, develop the kind of fourth finger that you see in this picture:

Actually that picture is perhaps not even a good illustration, as the person evidently has a very long fourth finger...

August 5, 2018 at 03:41 PM · I’ve had more than my share of 4th finger problems, Jean, and I found it would sometimes seize up on me. I always feared it wasn’t strong enough, and then I tried letting it drop as a result of gravity rather than muscle. After that, I realized that i didn’t need to worry about its strength anymore.

August 5, 2018 at 04:34 PM · So Paul, would you say that thinking about position in relation to the fourth was more helpful to you than concentrating on strength? Did it mean coming around the neck more, in order to place the finger more vertically?

August 5, 2018 at 05:26 PM · Position is everything when it comes to having the fingers in the most effective area. This is even more true for the 4th finger. One of my favorite gizmos for teaching is a furniture caster, the thing that couches roll around on. They have ball bearings, which make for great fluidity. I liken the caster to the hand, wrist, and arm. It would be an even better teaching tool if it had even more directional possibilities. No one can teach all the necessary possibilities of the left hand, but an individual can discover all the possibility. Sometimes, the closer the fingers are on the fingerboard, the more the hand’s scaffolding has to change.

As far as strength of the 4th finger, don’t overestimate its Importance. It’s better just to drop it on the fingerboard and not think about it.

August 6, 2018 at 03:51 PM · Another great and helpful article! Although my repertoire doesn't generally call for artificial harmonics, I'm keeping this in hopes I get there someday!

August 6, 2018 at 07:23 PM · Ditto on value of artificial harmonics. I teach them Before doing parallel octaves. And then I tell myself that if Django Reinhardt could play guitar with two fingers, then maybe I can play violin with 3 1/2. I avoid 4th finger extensions. I do 1st finger extensions instead. In high positions I frequently use the 3rd instead of the 4th f. for the top note because it reaches farther. For 4th finger vibrato, take the other fingers off the fingerboard, for a better angle and leverage.

August 7, 2018 at 04:53 PM · Bow near the bridge! Your effective string=length is only the same as that between the lefthand fingers you're using.

August 7, 2018 at 06:51 PM · No mention of Paganini's double artificial passages ala 1st concerto, etc ?? He supposedly had extraordinarily long 3rd AND 4TH FINGERS.....which throw new perspective on easing the difficulties....and of course the ideal violin hand would have the fingers in increasing length from 1-4....but evolution is not going to 'go-there' with so few violinists of this proportion.

August 7, 2018 at 10:08 PM · I grew up hearing my father practice the violin every evening after work. One of the things he warmed up on was artificial harmonic scales - usually G-major for at least 2 octaves. Because I play cello and viola as well as violin my left fingers sometimes go a little wacky if I've laid off violin for too long. Then one of the things I do in my warmups is a fingered harmonic scale (F1-H-H-H, F2-H-H-H, F3-H-H-H, etc.).

Also it's good for getting your octaves in shape!

August 8, 2018 at 02:39 AM · In a discussion of the 4th finger and strength, my experience as a student, teacher, and observer is that strength is taught only as the ability to depress the string. But there is a second dimension that is equally important, but given less stress: the strength to move the 4th finger laterally, i.e. parallel to the string, both to adjust intonation and to extend an additional half-step or whole step. The muscle to be strengthened is the abductor digiti minimi. This can be done by repetitively pushing the 4th finger away from the 3rd finger against some resistance. You can use your right index and middle finger to provide that resistance. Make sure that the "body" of your left hand stays still while you do this. Two sets of ten reps every day for two weeks should be enough to get some results. This exercise has a secondary benefit of enhancing finger independence. Do the same lateral push against resistance with your 3rd finger. You may be surprised how little strength it has.