April 10, 2021, 7:49 PM · Certain aspects of the bow - its nature and behavior – are uniformly important, however you hold the bow. For example, you can hold the bow in the Russian style, in which the wrist is higher and the hand is slightly slanted; or you can use the Franco-Belgian, with the wrist flatter and the hand generally parallel to the stick. My favorite bow hold, though, is the one that evolves from the player’s predilections and personality. No matter how you hold the bow, we all have one thing in common: the need to produce a sweet, human sound, one that is reliable and free of cracks. Understanding the bow’s properties helps avoid pitfalls and clears the path. 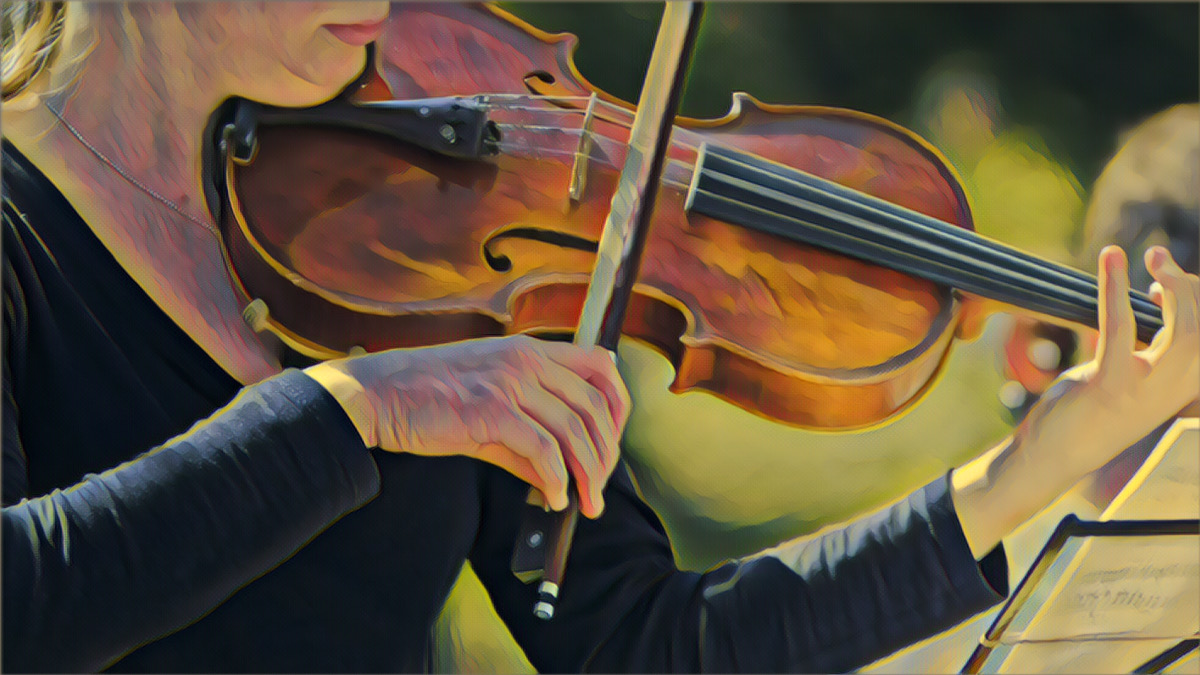 The Bow as a Propellant

A common deterrent to smooth bow sound is a hesitant and uneven speed, which can cause a weak response. To avoid this, it’s important to start the bow with ease, so it can feel like it’s moving on its own. A small preparation can help you get the bow in motion, before touching down, so that it starts with that easy motion. Every time you see a violinist make a motion in the air before touching the string, he or she is "winding up the pitch," like a baseball player.

These exercises help to make your bow ready to enter the string with the right amount of energy, motion, and direction.

The Genesis of a Sound

It’s one thing to prepare the bow to move, and another to have confidence that the sound will start with fullness and warmth. To know that the note will speak, remember to not force the connection at the beginning of the stroke. There are two exercises for establishing a clear connection with the string – one with the hair and one with pizzicato.

Observe the bow’s nature and how it compares to that of the piano. Whereas the piano’s strings are struck head on by the hammer, the bow does that in the form of the spiccato. However, the bow performs an extra job – it produces vast quantities of sound by horizontal movement of the hair. This is why string instruments sound so close to the human voice. There is a special quality of the hair at work when long notes are sustained – the rosin creates something resembling tiny guitar picks protruding from the hair. This is an elegant engineering feat in that the string is plucked continuously.

Spiccato and sostenuto playing have more in common than it might appear. They both start with the engagement of the string, followed by a need to stay in the groove created by the initial contact with the string. The actions that can detract from this are unnecessary finger movements and uneven leverage of the bow. To keep the long, sostenuto notes vibrant and fluid, sustain the dynamic during the bow changes. As the notes gets higher or lower, gently adjust the dynamics accordingly.

He also uses the term ‘elasticity” to describe an even weight of the hair as it absorbs the string. He includes a helpful exercise called “Ship on the Water” which equates a well-balanced bow with a ship that is fully loaded. The bow, like the ship, will remain buoyant. This is an excellent image because it also implies that a vibrating string is very fluid.

Smooth and warm sound depends on finding just the right balance of the bow’s weight and adjusting it from tip to frog. Being mindful when the bow changes direction helps to re-engage the string. Little reminders to yourself serve as reminders to the bow that new conditions are just around the corner. Whether it’s thicker strings or playing softly at the tip, the bow, and the player, are designed to be flexible.