July 5, 2021, 2:38 PM · Getting from technique to expression may sound like a complicated journey. There are the music’s emotions, the drama inherent in the dynamics, and new rhythms to factor in. In the music of the great composers feelings run deep, and the poetry of the music often knows no bounds. But on a practical level, there are skills that can make just two notes sound expressive. Musicians have at their disposal the basic techniques that they learned in their early development, tools that can make notes come alive. The one roadblock, however, is that, if those techniques are temporarily shut off, you have to turn them back on. 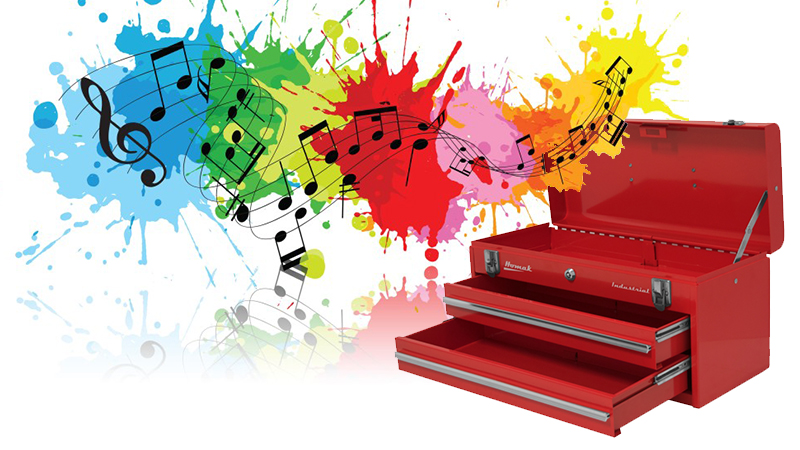 We share a common language, some rather fundamental instructions, which include what our teachers and conductors told us. We hear repeatedly to vibrate, use more bow, not to slow down or speed up, hold the violin up, and sustain notes. But if you take away the conductor and your colleagues, something else can go missing; often the will to use your expressive techniques disappears. Music is a collaborative art form, and it’s harder to supply the musical feelings with luscious sound and warm vibrato when there’s no one to share it with you.

Sometimes music sounds dry and has both a lack of direction and emotion, but by adding sound, vibrato, and more rhythmic drive, you wake up the notes. It’s the little things you do that complete what the composer had in mind. The nice thing about highlighting and maximizing any technique is that it unleashes a snowball effect. Another technique hitches a ride and pretty soon you achieve more momentum and a warmer sound. Adding vibrato and teaming it with a stronger detaché is one example of a quick energy boost.

This strategy of “putting everything into it” will succeed depending on how much confidence you put into your techniques. If you have any doubts about how you vibrate or how you get into the string, put them on the back burner and remember what you do know instead. Often violinists underestimate how good their vibratos are. Even if you’re in the process of changing from one type of vibrato to another, like from a wrist to an arm vibrato, you can make the best of what you have now. Consolidate your technique, left hand and right hand, and play with what’s right for you. There’s no time like the present for believing in your way of playing.

A good time to review a group of techniques is while warming up. Allow yourself time to reflect on how you switch from one movement to another, such as the transition between shifting and vibrating. This sharpens the relationship between thinking and playing, and the mind has a chance to anticipate what’s about to take place. By putting all of your observations into one detail, your mind starts to dart around in a musical way. That is, it strings together other thoughts which will help in the moment. You can set up certain techniques to bounce off of each other; vibrato begets longer and stronger detachés, and better rhythmic pulse leads to more reliable shifting.

Using five minutes to sharpen and define many techniques makes you appreciate how much you can accomplish in a short time.

As you experiment with getting more into the string or vibrating until the very end of notes, you may notice that some other techniques will suffer. Collateral damage is common because of the subtle relationship between the mind and its expectations. Changing even a little thing needs to be factored into your mindset. Certainly, a note may be out-of-tune because you’re about to produce a new, stronger sound. Fortunately, the next play-through may likely solve the intonation problem because the mind has had a chance to acclimate. This momentary glitch is a small price to pay for the strengthening of a new technique.

Changes Will Help You Know Yourself

When you take a moment to maximize a technique, it often takes a spirit of exploration. You’re asking your body and mind to do something they’re not used to doing. Yet the process is made somewhat simpler by the initial act of prompting yourself. Just as the ear sets music in motion, the mind opens up new vistas and possibilities. I find that, when breaking old boundaries, there’s something important to notice about your overall technique – it tells you who and what you are. Just when you feel frustrated with the slowly evolving change in your playing, take note that your style comes out of what you think you can’t do. When your vibrato succeeds in starting at the beginning of the note and sustaining until the end, be proud that it’s your own vibrato that set the whole thing in motion.

July 7, 2021 at 09:28 PM · I initially misread the title as "The Violinist's Expensive Toolbox", but pulled myself together and continued reading. Sound useful advice which merits re-reading, especially in my case when I'm only now getting back into orchestral playing after a 15-month Covid absence, an absence that certainly shows because it's the important little details that invariably get lost. Thank you, Paul, for the help in your blog.

Yesterday evening my orchestra was auditioning a new conductor, working on Mendelssohn's "Hebrides" and Beethoven's 1st Symphony. The conductor realized that most of us were out of orchestral practice, and one of the first things he said was not to worry about mistakes. There were several other constructive things he said that I like to hear from a conductor, and it was no surprise at the end of the evening that the young man was voted in unanimously to take the job.

July 7, 2021 at 11:43 PM · Trevor, it’s interesting to hear the stockpile of phrases that come out of conductor’s mouths. A. Clyde Roller at Interlochen won our hearts, not with words, but with animal crackers he threw (gently) at musicians when he liked their solos. Itzhak Perlman encourages as much vibrato as possible when he conducts, and thus gets the sound that is closer to the one he plays the violin with. Erich Leinsdorf constantly reminded the orchestra to join the non-retardando club, insuring a propulsive performance. Giuliani had a thing for always being at the right part of the bow, even admonishing someone when his bow wasn’t at the right place, even at a slow practice tempo.