How to Stabilize a Wobbly Vibrato

January 25, 2022, 12:12 PM · How do you "anchor" something that is in constant motion? This is a fundamental question for vibrato technique, which requires a balance of motion and stability. 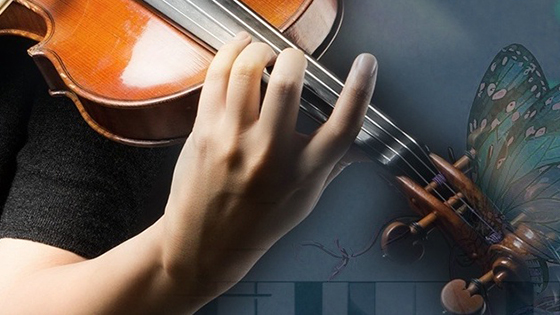 Every vibrato origin story is unique, but when I first learned vibrato, my teacher placed two fingers along my wrist in order to develop a wrist vibrato. That didn’t stop me from developing an arm vibrato, or as my teacher called it, an "elbow vibrato." Fortunately, I had a rather even rhythm and it was somewhat consistent. It was neither too fast nor too slow. But there was still a fundamental problem: My hand was off-balance. It lacked a cohesiveness between the fingertip and fingerboard, and as a result, every string and finger change threw things off. My axis of stability was changing constantly, and I had trouble keeping up with it. The problem demanded my attention: losing your balance is like your car having a bad tire alignment.

A Long Journey from the G to the E string

I realized I needed to find some concept of stability, to keep the elements of my vibrato from unraveling, even just a tiny bit. Vibrato is like a perfect sphere; if it becomes off-kilter, it resembles a “doctored” baseball.

The key lay in the fingertips, and in keeping an upright hand when changing strings or fingers. One way to give a sense of stability to all the motion of vibrato is to stay moored or anchored to the fingertip being used at each moment.

To keep balance and wholeness when changing fingers or moving them to different strings, make sure the hand remains upright after each movement. For example, going from fourth finger on the G string to first finger on the E string could easily throw a cowboy from the bronco. It’s a moment in which any weakness in the hand and how it attaches to the violin should come under scrutiny. But if the hand stays upright and stable, this motion can go forward without that collapse - and resulting feeling of instability - occurring.

How to keep a stable hand posture, while doing vibrato:

Using parts of your hand to make a cohesive connection to the neck will not throw your hand off its course. An unbalanced hand will, however, veer and careen until the hand feels wobbly.

It’s more difficult to start vibrato by thinking of moving the wrist, for example. Why get bogged down in telling the wrist what to do? instead, use the large motion of shaking dice to have the wrist move on its own? Another image is the fly swatter, in which the hinge performs perfectly because of one strong motion. If you get too self-conscious about finger, wrist, or elbow action, you may forget the one source that starts all those movements.

Motion, in the Context of Stability

My Interlochen summer camp teacher, Alfio Pignotti, mostly concentrated on my left hand, and that made quite an impression on me. I started with that summer with a very rigid left hand. It was "conveniently" stuck in one position, which made my fourth finger go down flat. He said, "How many notes are you going to play before your hand moves?" In other words, my hand looked paralyzed, and he wanted it a little more malleability. 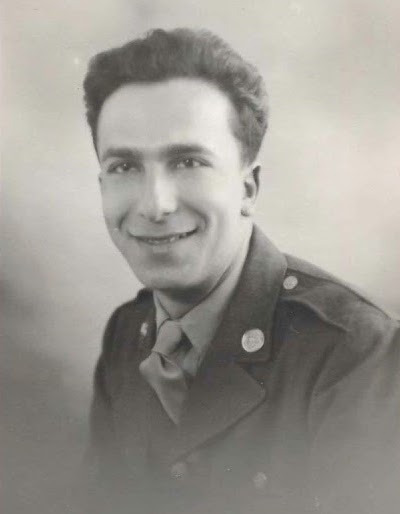 "Dance with your fingers," he said. "Don’t worry, you won’t lose control." Mr. Pignotti was in my life for one brief summer, but his words conveyed far more than an exercise. They painted a picture of a landscape for my hand on the fingerboard, a landscape with curves, troughs, and treacherous cliffs. With his encouragement, I made sure to move my hand just a little (or a lot) for every half-step and extension.

Of course, with the added motion I learned, courtesy of Mr. Pignotti, there was even more of a possibility of everything unraveling. So I had to find security in the context of motion. But that’s what playing the violin is all about: finding stability within a shifting and vibrating arm. Fortunately, my fingertips added a locus of control to the points of contact I had with the violin’s neck. I could feel an axis that centered within these three reference spots.

All the extra movement showed me that vibrato flourishes in that freer environment. Such an oscillating movement, if it’s done with even speed and distance, will adhere to the fingerboard.

January 27, 2022 at 01:48 PM · I liked the idea of shaking the dice, thank you! I have heard about knocking the door and it helped with my wrist movement, but I shake dices with mi arm and I didn't have a metaphor about it. I will try it.

January 27, 2022 at 03:18 PM · Finding "security in the context of motion" is such a great thing to remember. Thanks for another great article!

Valeria, Thanks for showing how there are different exercises for each hinge of our vibrato mechanism. I’m also interested in the gestalt aspect, that there is one exercise that gets the vibrato moving all at once.

Diana, With the amount of motion that takes place in both arms, it surprises me that we can play the violin without it falling down. But then I remember the story about Mozart supposedly playing the violin for the first time ever, in a quartet where he played 2nd violin. When asked how he could play it so well, he said it was just a 2nd violin part. I bet he would have loved viola jokes.