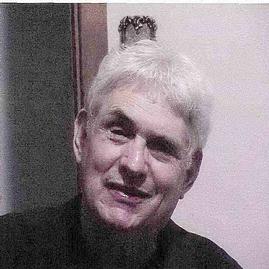 I was given my first violin for my 4th birthday in 1938 and started lessons 6 months later. Except for a one year hiatus during 7th grade I have always played the violin. I started cello lessons at 14 and got my first viola when I was 40 - but only played viola for about 7 performances over the next 40 years - about 100 total hands-on hours - until age 80 when I got serious about it and switched to viola from violin in my regular weekly chamber orchestra. I played cello in a weekly piano trio until 2018 and had an active piano trio (three incarnations, first one as the violinist) for about 47 years. String quartets too, but not so much lately.

I taught violin and cello from my late 20s until I quit at about 75..

Not counting 74 years with school and community orchestras, I've played public performances of solos and chamber music and recitals since my mid teens - but lately more on a salon scale for the small ensembles. I've had a few paid gigs over the years - nothing big, but music has always been an avocation, and am now a retired "rocket scientist/physicist" and active ""musician"" and will continue as long as I am able. (Double quotes are intentional!)

My wife of 66 years and I have lived 13 miles north of the Golden Gate, near 2 of our 3 children since 1995. We were lucky to live near to our 3 grandchildren as they were growing up and participated/helped when we could. With this closeness we got together with family for all birthdays, holidays, and other nice times until they had each graduated from high schools and then colleges in far parts of the US and moved on to their professions. I gave violin lessons to my older granddaughter (the writer) for 10 years until she was 16.