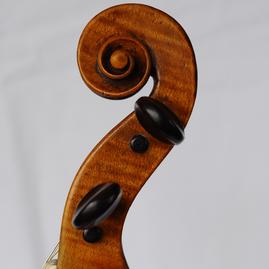 Carlo Ballara studied violin in New Zealand at Victoria University in the late 80's with Donald Morris, Douglas Beilman, and Wilma Smith. He continued his study at the Accademia Chigiana in Italy with Boris Belkin, and then with Kristoff Smietana in London.

He was based in London from 1997 till 2012 where he combined solo and chamber music work with orchestral playing in Italy, Switzerland and the UK.

In October 2012, he moved to Christchurch NZ for family reasons, where he played 1st violin in the CSO. In 2018 he developed Meniere’s Disease. He retired from orchestral playing aged 49 and opened Christchurch Fine Violins, a violin shop selling only antique violins. He now concentrates on teaching and playing chamber music. He is the string tutor in the Specialised Music Program at Burnside.